Chelsea and Arsenal have been linked with a move for the Leicester City winger Riyad Mahrez this summer.

The Algerian had a spectacular season with the Foxes last year and ended up being the PFA player of the year.

Although Leicester have been adamant that Mahrez is not for sale, it has not stopped the London giants from showing their interest in him. Both clubs could use a right sided winger and Mahrez fits perfectly.

Recently, Henrikh Mkhitaryan’s move to Manchester United was confirmed prematurely when the club shop started selling shirts with his name at the back before an official announcement. Now something similar seems to have happened in the case of Mahrez.

Yesterday, Adidas were pictured selling Chelsea shirts with Riyad Mahrez’s name on it. 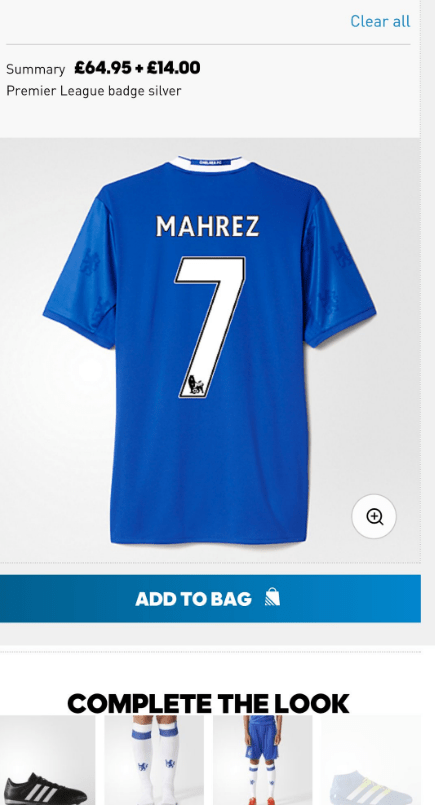 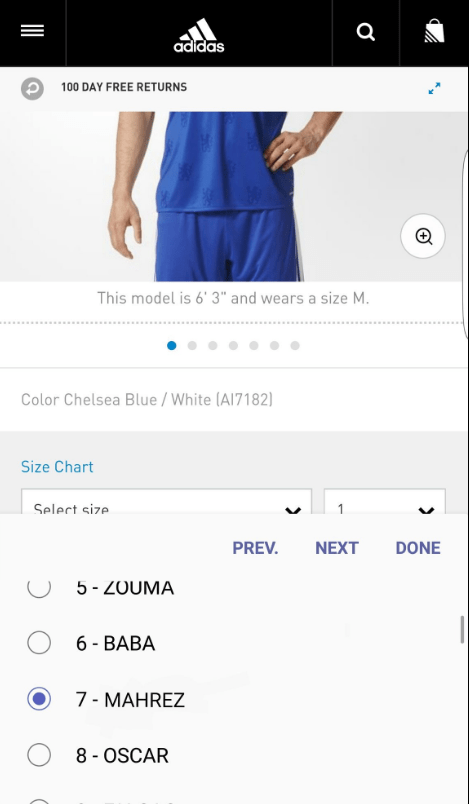 This is by no means a confirmation of the transfer, but it is an interesting development nonetheless.

Mahrez won’t come cheap and the current inflation means that Chelsea might have to shell out something closer to a club record fee for the Leicester City winger.

However, he would be a huge upgrade on the likes of Pedro and even Willian.

Recently, Chelsea ended their long term sponsorship deal with Adidas and signed a mega money deal with Nike. The new sponsorship will come into effect after the end of next season. This means, Adidas is technically still their official sponsor and them selling a Chelsea shirt with Mahrez’s name is bound to fuel further speculations about a potential transfer this summer.