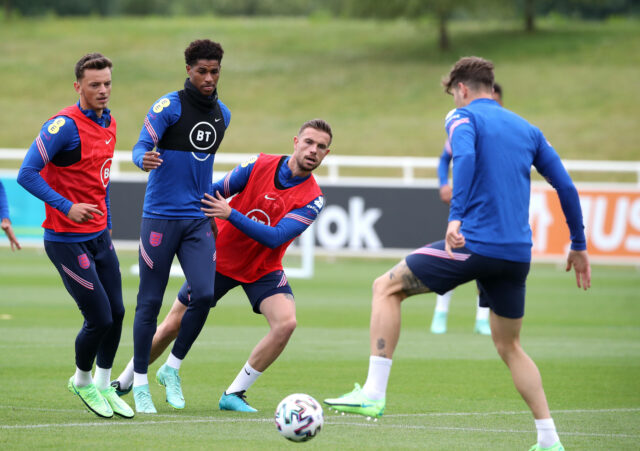 Ahead of next week’s Euro 2020 last-16 clash with Germany, Foden has suggested that his England teammate has impressed him heavily in training.

Foden, who has become a key player under Pep Guardiola at City last season, admitted that he hadn’t seen much of White before linking up with him for the Three Lions.

When asked who had surprised him the most with England, Foden told ITV (h/t The Mirror) that the Brighton star made a big impression.

“You know I really haven’t seen a lot of Ben, and he came in and has been brilliant in training, so I’d say Ben White,” said Foden.

The 23-year-old impressed heavily for Brighton last season, and he is set to leave the club this summer.

According to The Athletic, Arsenal are closing in on a deal for White, thought to be in the region of £50 million.

Mikel Arteta is eager to bolster his defence this summer and wants to sign a replacement for the departing David Luiz.

It has been claimed that the Londoners are prepared to offer £45m with another £5m in add-ons.

White is yet to make an appearance for the Three Lions at the ongoing Euros.

Foden started England’s first two group stage matches but was rested against Czech Republic after picking up a booking.

With Bukayo Saka and Jack Grealish producing impressive performances in the last game, Foden will be desperate to regain his place against Germany.