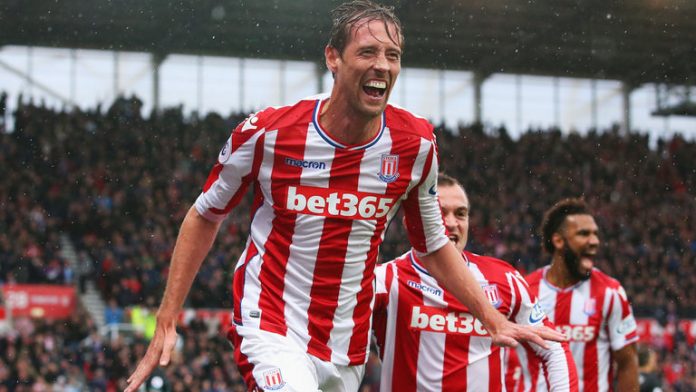 Former Tottenham Hotspur striker Peter Crouch believes that the Spurs are in the contention for winning the Premier League title this season.

The Burnley striker says that it will be madness to dismiss Mauricio Pochettino’s side’s chances of clinching the Premiership title.

Crouch wrote in The Daily Mail: “It is also madness to rule out Tottenham, who are right in there as well. I know bookmakers have them as third favourites but, for the points they have racked up, you simply cannot take them out of the discussion.

“There was a point in the season when I thought Manchester City would go unbeaten and said so here at the start of November — the only match then I thought would give them trouble was Liverpool at home — but that prediction was wrong.”

“They have the advantage now, but it’s mad if anyone believes this has been a defining week for Liverpool. Yes, there has been a twist in the story — but there are going to be many more before the middle Sunday in May.”

The north London club are currently third in the Premier League table with 57 points from 25 matches – five points behind Manchester City and Liverpool.

City are at the top of the Premier League table with a better goal difference, but they have played a game more.

Indeed, Crouch is spot on here. Spurs are firmly in the title race, and it will be wrong to rule them out.

To be fair, it is hard to find too many Spurs fans who genuinely believe they have a chance of winning the Premier League given the amount of injuries they have had, and other setbacks.

Both Liverpool and Manchester City have superior squad depth, and are favourites to lift the title. However, the return of Harry Kane and Dele Alli in coming weeks can give them massive boost in the race as they look to close the gap.