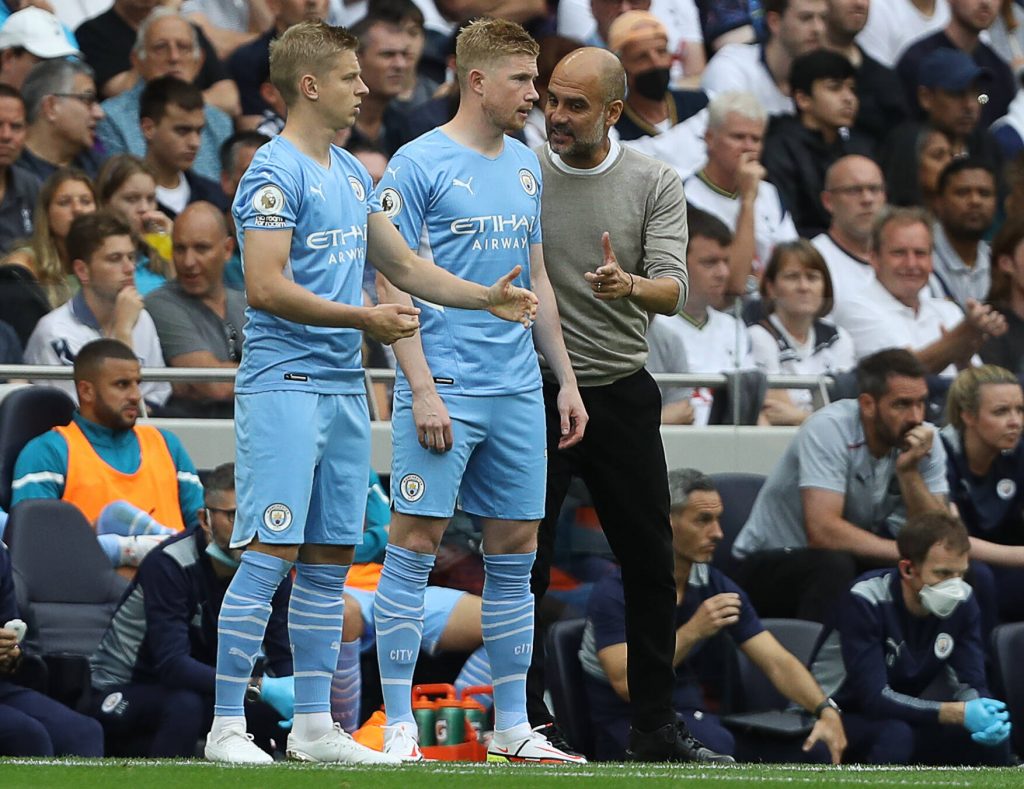 The Cityzens have started their season in a poor fashion with a Community Shield defeat to Leicester City followed by a Premier League loss at Tottenham Hotspur.

They had the vast share of possession in both of those matches, but the lack of cutting edge in the final third cost them successive 1-0 defeats.

Ahead of Saturday’s afternoon kick-off at the Etihad Stadium, Guardiola has provided a mixed update regarding the fitness of five players.

Kevin De Bruyne was a surprise inclusion in the matchday squad against Spurs despite being initially ruled out with an ankle injury.

He played just a 10-minute cameo against Spurs off the bench. He is now deemed doubtful to face the Canaries, having not trained today.

However, Ilkay Gundogan is fit after a minor knock while John Stones and Kyle Walker could be in line to start against Daniel Farke’s side.

The duo were unused substitutes against Spurs last weekend, having reported for first-team training just days before the curtain-raiser.

The only confirmed absentee remains Phil Foden, who is still nursing a foot injury sustained with England at the European Championships earlier this summer.

“Gundo is fit to play. Phil Foden will be ready after the break.

“Every week, every day the players are better [on Stones and Walker]. Definitely.”

Guardiola will want a strong response from his players on the back of successive defeats this term. They are firm favourites to beat Norwich.

The newly-promoted side are defensively vulnerable, and they suffered a heavy 3-0 defeat to Liverpool at home during the opening matchday.

It could be another difficult game for them. It remains to be seen whether they can curb the attacking threat from the Premier League champions.