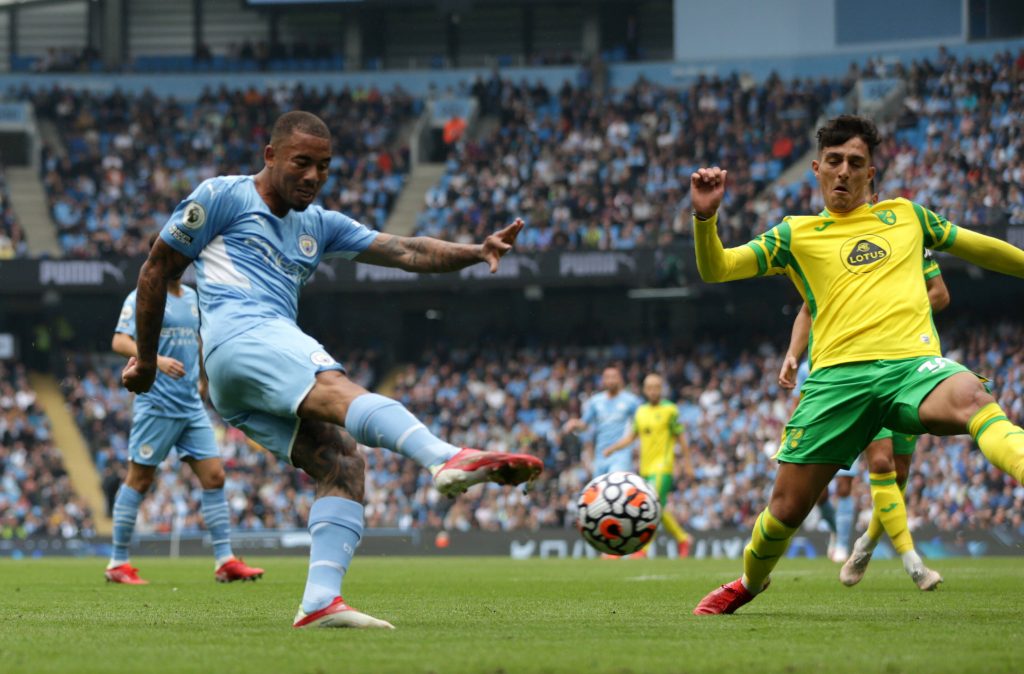 The Cityzens bounced back from successive defeats with a convincing performance against the Canaries. Jesus was adjudged the man of the match.

The Brazilian started from the right-wing instead of his regular centre forward position. He was at the top of his game throughout the 90 minutes.

Jesus cross led to the own goal scored by Tim Krul in the seventh minute. He went on to add two more assists for Jack Grealish and Raheem Sterling.

It was one of his best performances for the club in a long while, and Guardiola was immensely pleased with the forward’s goal contributions.

He told Mancity.com: “He’s a player who likes to be in more of a wider than central position.”

“I’m pleased with the performance. He was involved in three of our goals – he’s an incredibly important player for us.

“He’s so young. A big congratulations because he deserves in life the best. He’s so generous, and I’m incredibly satisfied for him.”

Jesus is familiar playing on the right-wing for the national team and had no concerns in adapting to the role from the off.

The 24-year-old linked up splendidly with Kyle Walker on the right flank, causing plenty of problems for the Canaries with crosses in the box.

He ended the game with two assists with an excellent pass success rate of 93. Guardiola could play him more from the position this term.

Jesus was one of the players whose future was quizzed earlier this summer. The £90,000-per-week star came up with the perfect response on the field.

The question remains whether he can replicate the display against better opposition and firmly cement a starting role from the right side of the attack.

Read: How can Arsenal afford their £125 million summer transfer spree?