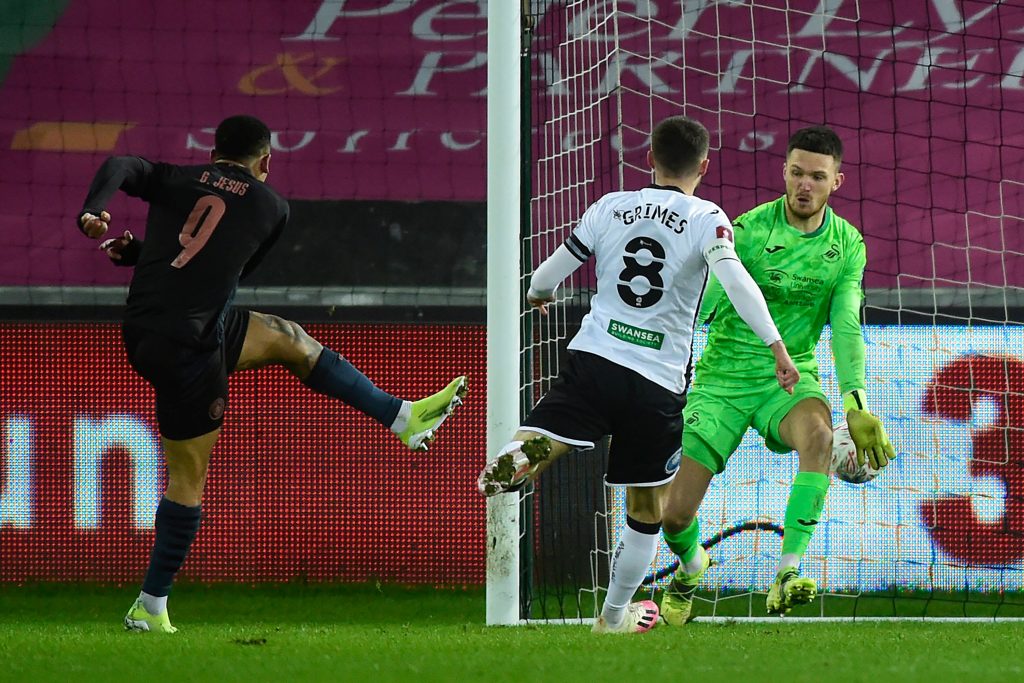 The Brazilian recently scored in back-to-back Premier League starts for the club but he was only a late substitute in the 4-1 win over Liverpool at Anfield.

Jesus returned to the starting XI against the Swans and put up a solid display by scoring the Cityzens’ third goal in the 3-1 victory at the Liberty Stadium.

The 23-year-old showed his class with a brilliant touch to pull the ball down before unleashing a first-time shot on the turn past the goalkeeper.

Speaking after the game, Guardiola said that Jesus could have scored more on the night but he was pleased with the forward’s reaction.

“He could have scored more but he played really well again,” he told the club’s official website.

“When he plays, he always plays good. It’s important for strikers to score. He was brilliant, really brilliant.”

Unlike previous seasons, Jesus has struggled for consistency this term but he has recently excelled with four goals in his last four starts for the club.

The Cityzens are currently in a commanding position in the league with a five-point lead over Manchester United at the top of the table with a game in hand.

Both Raheem Sterling and Phil Foden were hugely impressive against the Reds last weekend, but Riyad Mahrez’s performance was not up to the mark.

Jesus could be in line to feature against Tottenham Hotspur on Saturday and that may see Phil Foden shift to the right wing or play behind the Brazilian.

The Cityzens are winless in the last three games against Spurs (one draw and two defeats) and Guardiola will be eager to break the streak.