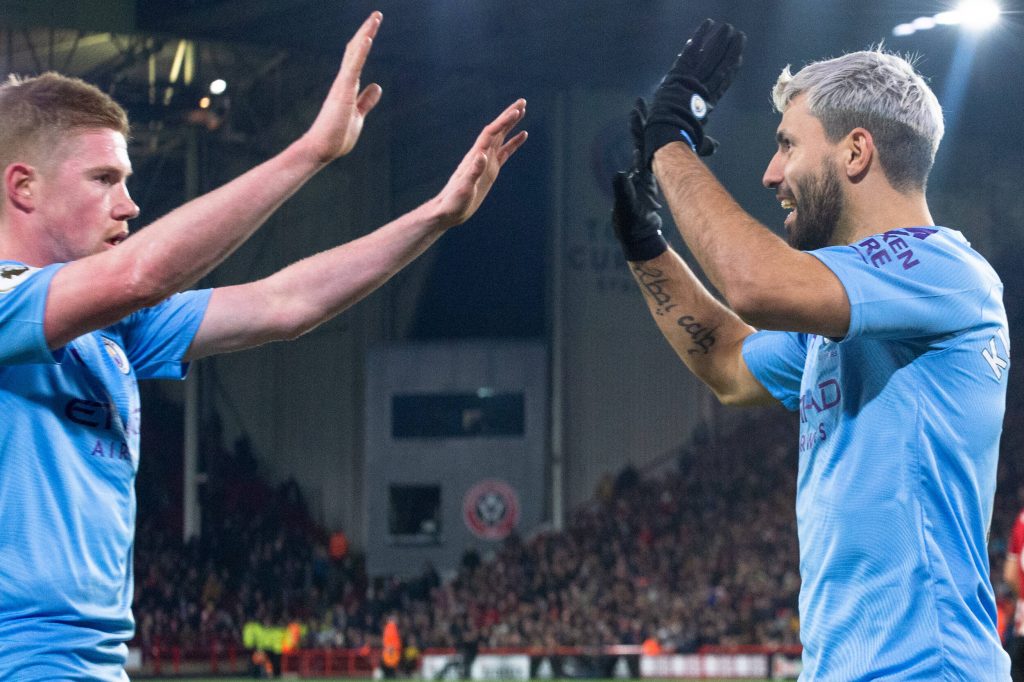 Manchester City boss Pep Guardiola has confirmed that Sergio Aguero and Kevin De Bruyne are back in training ahead of the Carabao Cup final against Tottenham Hotspur on Sunday.

The Cityzens recently ended a two-match losing streak in all competitions with a 2-1 comeback win over Aston Villa on the road in the Premier League.

They now need another eight points from their final five league games to lift the league title for the third occasion in four seasons.

However, the main focus this weekend will be the Carabao Cup final where the Cityzens are favourites against Spurs, who could be without Harry Kane.

Ahead of the final, Guardiola confirmed a double injury boost with Aguero and De Bruyne involved in the full training session on Friday.

However, the Spaniard said that Aguero’s involvement may be determined by a late fitness test, having just returned to training after two weeks out.

He told Mancity.com: “Both trained today. Today was his first training session [on Aguero] in two weeks. Tomorrow is the last session, and we will then decide.”

The Cityzens have won the last three Carabao Cup finals, and they are being backed to win another as Spurs could be without top-scorer Kane with an ankle injury.

De Bruyne’s foot injury last weekend was a cause for concern, but he has made a timely return to training ahead of the crunch Wembley showdown.

He is very likely to make the starting line-up, and it remains to be seen whether Aguero features in the final after being out with ‘niggles’ for the past fortnight.

Aguero opened the scoring in two of the club’s previous three Carabao Cup final triumphs and has excelled against Spurs with 12 goals and four assists in just 18 meetings.