India
Home News pellegrini turns the heat up on dzeko 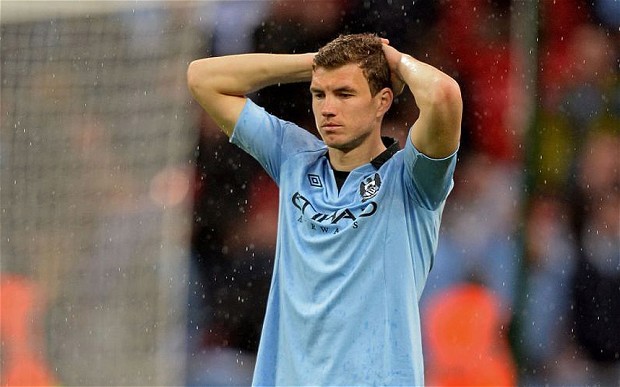 Manchester City manager Manuel Pellegrini has told striker Edin Dzeko he will have to continue performing to standard if he wishes to keep his place in the City side for this season.

‘I told him that if he wants to stay here we must see the player Manchester City bought two years ago. Dzeko has played well. He worked for the team. I am confident he will score goals, of course, because he’s scored goals in his whole career.’

The Bosnia & Herzegovina international enjoyed an upturn in form during the tail-end of the 2012/13 season, but was still largely used as an impact player under former manager Roberto Mancini. Nevertheless, he scored 23 goals in 44 games for the Premier League runners-up last season.

Turning 28 next spring, he’s reaching the peak average age for strikers, and faces stiff competition for a starting place with the Citizens this campaign.

With Pellegrini signing strikers Stevan Jovetic and Alvaro Negredo – not to mention Sergio Aguero having been at the club for 2 seasons already – Dzeko will find it hard to remain in the starting XI.

This summer, rumours had emerged he could be leaving Manchester City as he was reportedly deemed surplus to requirements, but his performances alone have suggested he has a big part to play for City’s potential success.

He has his manager’s backing, the confidence of his teammates, and recently put in a man of the match performance in the Premier League, but Dzeko knows he cannot rest on his laurels.

By his own admission, his form hasn’t reached the same heights since leaving Germany, but he hopes he can continue getting games in order to prove his worth.

Pellegrini is a no-nonsense manager, and won’t hesitate to make a change if he feels somebody isn’t pulling their weight.