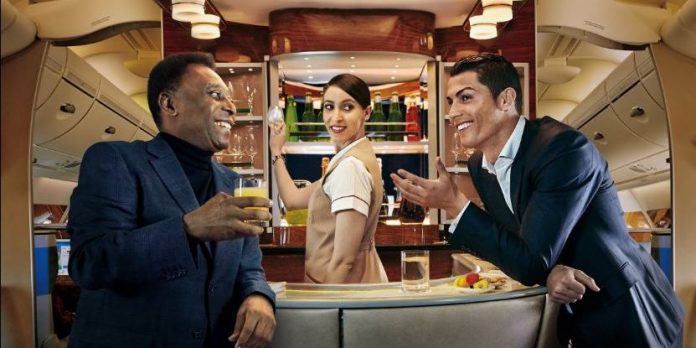 Brazilian legend, Pele has revealed that he was approached by several European heavyweights during his time at Santos, including the likes of Manchester United and Real Madrid.

Pele is often regarded as the finest player in football history alongside the likes of Messi and Maradona.

The footballing phenom scored over 750 goals for club and country officially and was once the most fearsome striker on the planet.

Pele scored an astonishing 77 goals in 92 games for Brazil and over 600 for his club.

There is often a debate about why Pele never played in Europe and whether he would be successful for European clubs.

The World cup winner with Brazil, in a candid interview with CNN, has revealed that leaving Santos was never an option for him.

Pele claimed that there is no loyalty or passion amongst players now and that he was always going to play for Santos. The Brazilian side were an outstanding footballing institution back then and often mesmerized Europe, while on tour.

Pele said – “I had many offers to play for Real Madrid, in Milan and Manchester United. However Santos was doing well, I was playing well. I didn’t want to leave. Nowadays, players leave very early.

“The player has lost his passion for his country, for his club. But for football itself, no. He’ll continue to play and have an emotion for it. But nobody plays for a club to be loyal to a club.

“Nowadays, they play for the country that pays the most. You don’t have that loyalty.”

Pele is undoubtedly one of the greatest footballers to grace the game and will always be remembered for his heroics with Brazil and Santos.

However, there is no denying that secretly everyone wishes he played in Europe. Perhaps due to the lack of coverage in South America, or the lack of glamour and limelight.

Whatever the reason, the newer generations of football fans are still in dark about his genius and that is unfair.

Real Madrid and Manchester United fans, do you regret missing out on a player like Pele? let us know in the comments below.