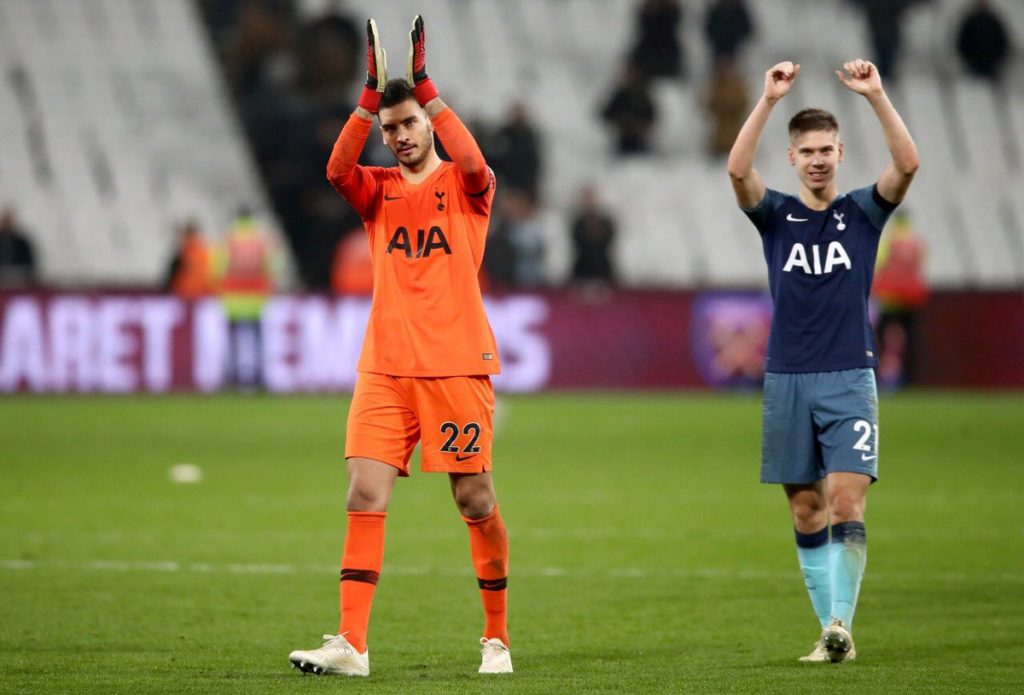 Tottenham Hotspur moved into the next round of the Carabao Cup after winning 3-1 against London rivals West Ham on Wednesday.

Son Heung-min ended a run of 19 games in all competitions without a goal by scoring a brace on the night. Second choice striker Fernando Llorente scored another to ensure Spurs progress into the next round.

One player who particularly impressed was goalkeeper Paulo Gazzaniga. The 26-year-old Argentine was brilliant during the game, and received loads of praise from the fans.

After the match, Gazzaniga took to social networking site Twitter to express his reaction. He wrote:

Here are some of the best responses from the Spurs fans on Twitter.

Another good performance Gazza, we’ll done. Bring on Arsenal in the next round, hope you start again #COYS

Another stunning game you had tonight. You are definitely one of our own.#COYS #OneOfOurOwn

Gazzaniga joined Spurs in 2017 from Southampton and has made only three appearances in the Premier League for the club.

However, he is a very good back up option and has always impressed whenever he played. It remains to be seen whether Spurs boss Mauricio Pochettino now gives him a fair chance in the league considering Hugo Lloris’s inconsistency this season.