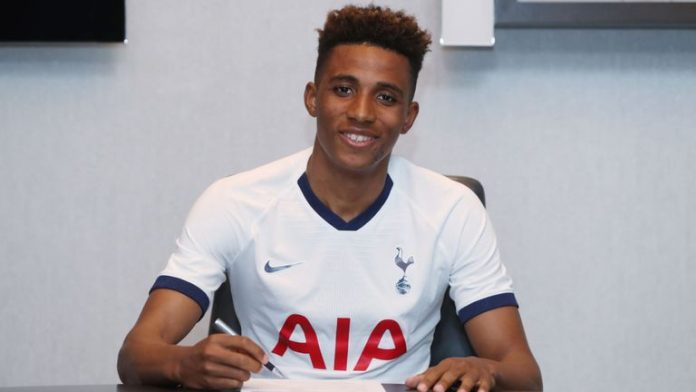 As found on UEFA’s website, the duo won’t be featuring in the group stage of the competition, with head coach Jose Mourinho only allowed to name 17 non-homegrown players.

While Gazzaniga became surplus to requirements immediately veteran English goalie Joe Hart was signed, not many expected Fernandes to struggle to make an impact after Spurs pipped competition to his signature in January.

Fellow midfielder Harry Winks has hailed him as a “top player”, but he will have to watch his teammates at home every other Thursday until at least the round of 32.

Should Spurs progress from Group J that includes Ludogorets, LASK, Royal Antwerp, they will have to submit another list after the January transfer window, and it will be interesting to see whether Fernandes can force his way into Mourinho’s plans.

The Portuguese sanctioned a move for Gedson in January, making him his first signing at Spurs, but the 21-year-old has struggled to impress, making just one appearance this season.

Tottenham are well-stocked in the middle of the park, with Tanguy Ndombele, Harry Winks, Moussa Sissoko and Pierre-Emile Hojbjerg all ahead of Gedson in the pecking order.

Spurs have an option to make his 18-month loan deal permanent next summer, and while it’s still early days, that may not likely happen if he fails to impress as he enters the last nine months of his contract.