The German International, who joined the Gunners only last summer for £35 million from Valencia, is expected to join the Italian giants on a season-long loan deal with a view to a permanent transfer next summer.

According to Sky Sports, Arsenal and Inter Milan are yet to reach an agreement but claim that Mustafi is prepared to return to Serie A following his two-year spell with Sampdoria that ended in 2014.

Mustafi was an integral part of Arsene Wenger’s side last season but his performances waned towards the end of the campaign with injuries playing a significant part in his loss of form.

A figure close to £35 million should prove to be enough to persuade Arsenal to sell the 25-year-old centre back, who could lead a major exodus at the Emirates with futures of several key players uncertain as the summer transfer window draws to a close.

Having already offloaded Brazilian centre back Gabriel Paulista to Valencia earlier this summer, Arsenal risk losing Alex Oxlade-Chamberlain after the English midfielder rejected a new £180,000-per-week contract to prolong his stay at the North London club. 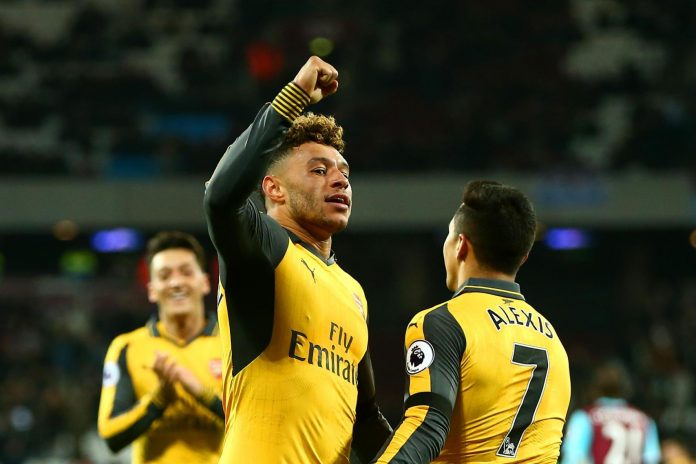 Fellow Premier League giants Arsenal and Chelsea continue to pursue the services of Oxlade-Chamberlain, who is likely to cost in excess of £40 million despite having just one year left on his current contract.

The Gunners are also bracing themselves over Manchester City’s bid to sign Chilean star Alexis Sanchez. The 28-year-old has been linked with a move away from Arsenal all summer and a last ditch attempt from the Citizens could see him reunite with his former Barcelona boss Pep Guardiola.

Meanwhile, Arsenal are expected to join Manchester City in the race to sign West Brom captain Jonny Evans. With Mustafi poised for an imminent exit, Arsenal are left with Laurent Koscielny, Per Mertesacker, Rob Holding and Calum Chambers as the only recognized central defenders, although Wenger deployed left-backs Nacho Monreal and Sead Kolasinac at the backline in their defeat at Stoke last weekend.