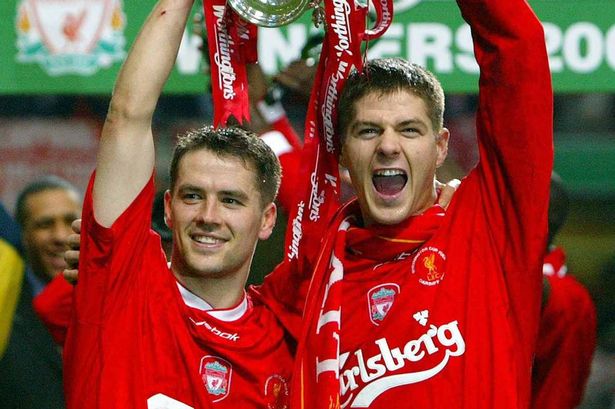 Michael Owen says Liverpool is still close to his heart and explained his decision to join rivals Manchester United, adding he has no regrets over his career.

After graduating from the youth academy at Liverpool, Owen went on to represent the Reds for eight glorious seasons, where he scored 158 goals (becoming eighth highest goal scorer in the club’s history) in 297 appearances. He joined La Liga giants Real Madrid in the summer of 2004, for £8 million but tarnished his hero-status at the club completely among the Kopites, when he signed for Manchester United five years later on a free transfer.

Owen says that he didn’t have enough options then, after his contract expired at Newcastle United. He had offers only from Man United and Everton, and for the sake of his career, he chose to join Sir Alex Ferguson’s team in the end. He told Liverpool Echo:

“If I hadn’t have signed for Man United, the other option at that time was Everton and I don’t think a lot of Liverpool fans would have been happy if I had gone there either.

“If I had turned down both United and Everton I’d have probably ended up playing in the Championship.

“Anyone with any nous or normality about them realises that you only get one shot at it. You have got to do what’s best for your career and to play at the highest level.

“If you wanted to be funny about it you could say ‘well, if I couldn’t play for Liverpool should I just have cancelled my career at 29 when I left Newcastle?’”

Owen expects Liverpool to do better this season, but says the Reds should have won more comfortably than with three consecutive 1-0 victories. However, he predicts exciting times for the Red fans ahead, once Luis Suarez returns to the side from his suspension.