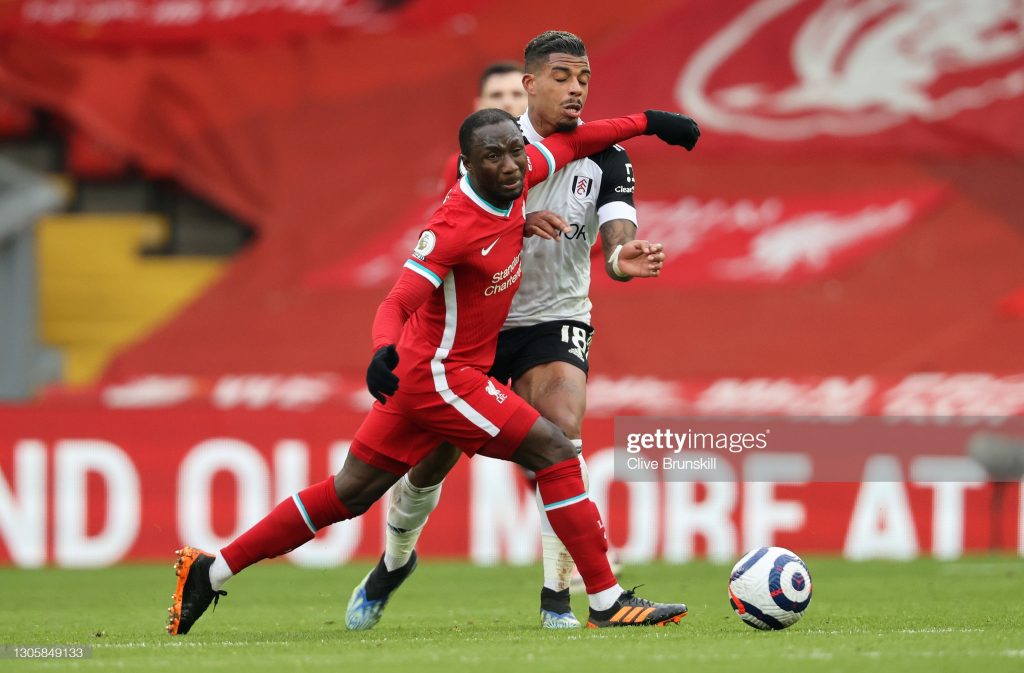 Another inclusion in this team that could perhaps be classed as controversial, Naby Keita is still to find his best form at Liverpool.

He currently fits the criteria for being overrated, but this is nothing a purple patch of form wouldn’t change.

Since arriving at Anfield in the summer of 2018, the former RB Leipzig midfielder has slowly been eased into life in English Football.

However, at 26 and approaching the third anniversary of the beginning of his Merseyside chapter, Keita must start to find his best form and live up to the big money fee that the club spent on him.

An incredibly gifted footballer with the capabilities to be one of the very best midfielders in the league, Keita is yet to find his best form in England.

If the Guinean international can spark into life, it could provide a much-needed boost to Liverpool.

With the Reds struggling for form and out of the title race, they need to show resilience and desire to fight back from the very start of next season, with the possibility of  Keita being at the very forefront of it.

For this to happen, Keita must improve his performances between now and the end of the season and show his undoubted quality to Klopp.

As things stand, Keita makes it into our squad, but it is hoped that he can soon start to display his true form.