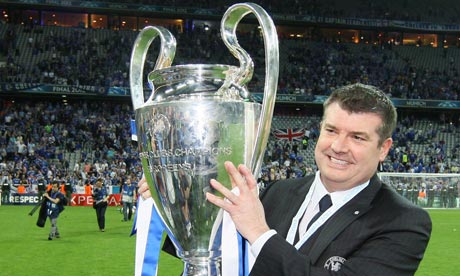 ‘Chelsea Football Club announces that Ron Gourlay, after 10 successful years at the club including five as chief executive, is leaving Chelsea in order to pursue new business opportunities.’

‘The club, and in particular the owner (Roman Abramovich) and directors, wish to thank Ron for his many years of service to Chelsea and support his desire to seek new challenges.’

Gourlay, who previously had stints at Manchester United and sportswear manufacturer Umbro, joined Chelsea in 2004 and served as Chief Operating Officer (COO) till 2009. He then succeeded Peter Kenyon as the Chief-Executive. 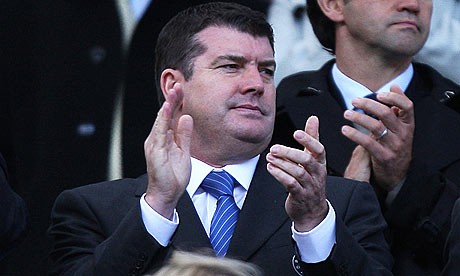 Under Gourlay, Chelsea grew leaps and bounds financially. The huge losses that were sustained in the early years of Roman Abramovic’s reign were cut down considerably and the club also managed to record a profit of £1 million in the year 2012. Despite making a loss of £49.4 million last year, the Blues were not in any danger of breaking any of UEFA’s Financial Fair Play rules.

The Scot was also instrumental in securing the record £300 sponsorship deal with Adidas last year, as well as bringing back Jose Mourinho as manager. It wouldn’t be wrong to say that his management has played a huge role in Chelsea’s success over the last decade, which has seen them go from Premier League-wannabes to one of the biggest clubs in Europe. The business that he oversaw in the last one year was genius, as Chelsea managed to make a profit despite buying the likes of Diego Costa, Cesc Fabregas and Filipe Luis for sizeable sums of money.

It has been stated by the club that Chairman Bruce Buck and Director Marina Granovskaia will resume extra responsibilities until a new appointment is made.