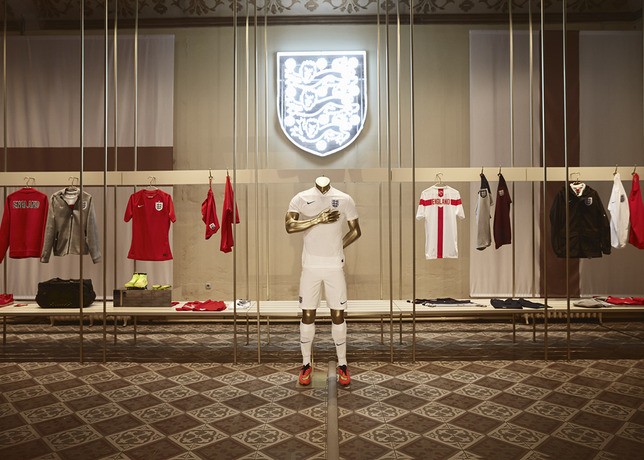 Football always has been, and  always will be, a very opinion dividing sport. It can be interpreted and analyzed from so many angles and tactics can work in some situations that fail miserably in others. It is the very nature of the game to garner many different assessments, but there are very few who would disagree that England, right now, do not have a team of the calibre they have enjoyed in much of the last 30 years.

Slowly but surely the most experienced and most talented players have retired from international football or are closing in on their expiration dates, culminating in Roy Hodgson’s tenancy as national manager being more of evolution and regrowth, and even his biggest detractors will concede that he does not have the kind of class available to select from that many of his predecessors enjoyed (albeit rarely capitalized on that luxury).

A big mistake that England managers of the past 15-20 years have made is to pick the best 11 players, instead of the best team. Lampard and Gerrard has rarely paid off as a partnership, despite them both being simply phenomenal when at the top of their game. Between them you have a bucket of talent bigger than most countries in the world, but many of those have enjoyed much better success in the middle of the park because they have players that gel together and work in harmony with each other. Stevie G and Lamps forced us have to invent a new proverb: Two rights don’t make a right!

One of the few exceptions to this observation is Emile Heskey. The big man was never one of the best strikers in the country but when played alongside the right players he was a massive influence on the game. However, it was almost in an act of defiance to them not doing it in other areas of the pitch, that England managers continued to select the man affectionately known by England fans as ‘Donkey’ even when he was no longer having a positive affect on the team.

I lived in England for 31 years too, so I know first hand what the press (principally the tabloid newspapers) can be like there and they have a nasty habit of tearing down rather than building up. This does not help the solidarity and unity that accompanies the greatest success stories of international soccer. The nation needs to come together as one and believe in their boys, no matter what.

All that said though, two things Hodgson does have in his favor is the passion and desire of youth and the lowered expectations of England’s capabilities by our opponents. No-one is dim enough to think anyone will give them an easy ride in Brazil but they won’t be approached with quite the vigor and ferocity that has been seen in some years gone by, where England have been tipped as possible contenders to take home the trophy.

England face Uruguay, Italy and Costa Rica in the groups, beginning on June 14th with possibly the toughest of them all, the Italians, at the Arena Amazonia in Manaus. England will be relishing the prospect of avenging their exit from Euro 2012 at the hands of the mediterranean nation. Uruguay will also be a tough match, with Luis Suarez looking more and more likely to appear in that match. Costa Rica will be seen as the group’s ‘easy’ game but as so many have learnt the hard way: there are NO easy games at the World Cup finals.

What do you think? Have England’s young lions got the excitement factor to cause a stir in Brazil?