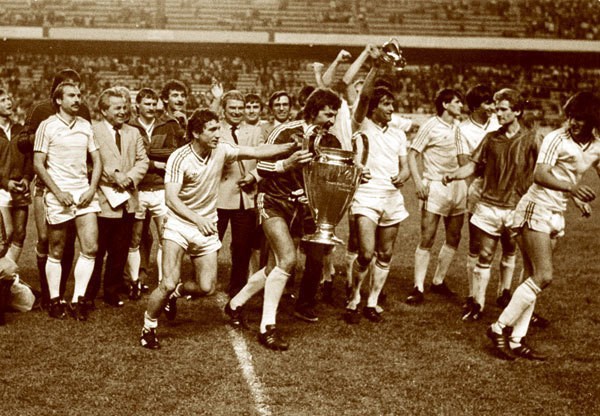 On this day in 1989, Romanian club Steaua Bucharest lost 3-0 against rivals Dinamo Bucharest thus ending their incredible run of 104 league games without defeat.

Steaua of the 1980s reached legendary status with Emeric Jenei under whom they won the UEFA European Cup by beating Barcelona in the final at the Ramon Sanchez Pizjuan stadium in Seville in 1986. Later in 1989, Steaua reached the final of Europe’s premier cup competition once again, this time under the tutelage of Anghel Iordanescu. They lost 4-0 to AC Milan at the Nou Camp that gave Arrigo Sacchi the first of his two consecutive European Cups with the Rossoneri.

Steaua’s reason defying unbeaten run began in the 1986-87 season. The recently crowned European champions hosted Arges Pitesti at the Stadionul Steaua on opening day and won 1-0. Captained by Romanian football legend Gheorghe Hagi, they went on an undefeated run that included 25 wins and nine draws to become league champions. They also won the Cupa Romaniei that season by beating Dinamo in the final.

They repeated the unbeaten double winning feat in the following season by recording 30 wins and four draws in the league and another cup final victory against Dinamo.

It became routine the next season. 31 Wins and three draws in the league added to yet another cup final win over Dinamo meant Steaua won the domestic double three years in a row.

But things were about to change soon. Steaua had won the opening two games of the 1989-90 season and were about to play Dinamo at home. The match ended 3-0 to the Dinamovistii ending Europe’s longest unbeaten run in domestic football.

It is important to note that during this time, Romania was under the dictatorship of Nicolae Ceaucescu. His son Valentin Ceaucescu was a major figure behind Steaua in the mid to late 1980s. It is speculated that Valentin used his influence to make sure that Steaua remain the best football club in the country. I should warn you though, do not open this can of worms if you ever visit Bucharest.