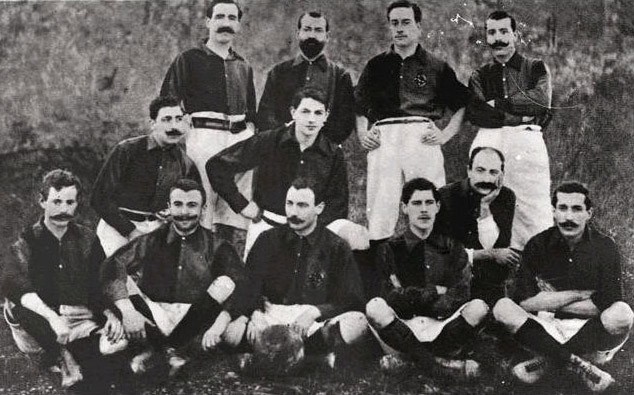 On this day in 1899, a Swiss football enthusiast by the name of Joan Gamper placed an advertisement in Los Deportes to form a football club. That club would go on to become FC Barcelona.

A month later, after a positive response by many likeminded individuals, Gamper arranged a meeting and Barca were formed. Walter Wild, a Swiss tradesman, presided as the club’s first president. In 1900, Barcelona wore the legendary blaugrana shirts, inspired from FC Basel, for the first time in a match against Hispania.

The rest as they say, is history.

On this day in 1969, AC Milan won the Intercontinental Cup after an aggregate victory over Estudiantes. The match, however, was marred by violence.

Milan had taken a commanding lead in the first leg by beating Estudiantes 3-0 at the San Siro. The second leg, played at La Bombonera, took a hostile turn even before kick-off. The home crowd apparently threw coffee, debris, etc. at the Italians as they made it on to the pitch. The situation grew worse from 17 minutes onwards. Milan striker Pierino Prati, hat-trick hero in the European Cup final, suffered a concussion and collapsed on the pitch before being substituted. Captain Gianni Rivera gave Milan the lead but two quick goals from Marcos Conigliaro and Ramon Aguirre Suarez right before the intervals set the score at 2-1.

Rivera then found himself at the receiving end of a punch from Estudiantes keeper Alberto Poletti. Nestor Combin, Milan’s Argentinean born French striker, was also a victim of Poletti’s rash behaviour. Combin then ended up with a broken nose and cheekbone after a vicious elbow from Aguirre Suarez.

Following the completion of the match, Estudiantes received widespread criticism from the footballing community. Poletti was handed a lifetime ban, Suarez was given a 30-game suspension and a five-year international ban. Defender Eduardo Manero was not spared either as he found himself receiving a 20-game suspension and a three-year international ban.

Interestingly, Combin was apprehended by the Argentinean police for dodging mandatory military service. Born in Las Rosas, the French international had left Argentina to pursue his career in Europe. He spent a night in jail but managed to convince the police that he had done his service in France after earning his citizenship.