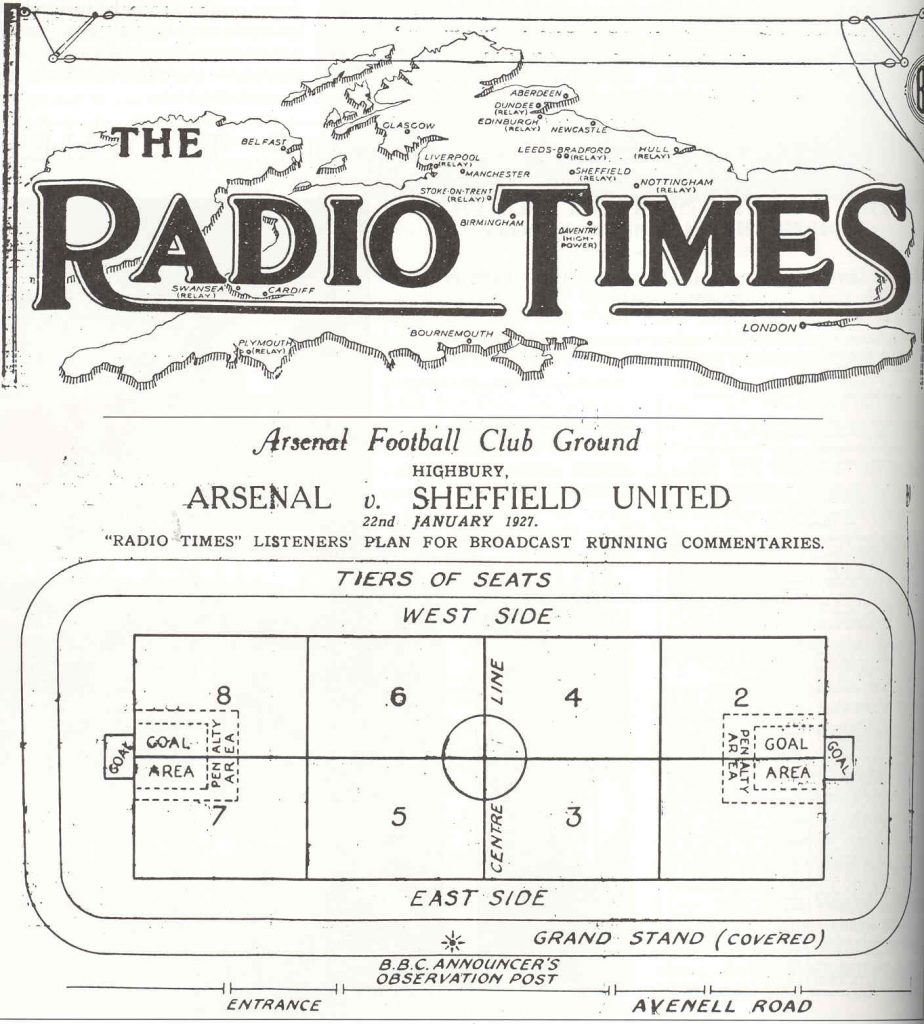 On this day in 1927, the First Division clash between Arsenal and Sheffield United became the first football fixture to be broadcast live on the radio.

The British Broadcasting Corporation, formed in the previous year, had received a royal charter to become a public corporation. Hugely popular among the populace, the BBC’s first ever live broadcast of a sporting event was a rugby match between England and Wales on 15 January. Seeing how successful it was, the BBC then proceeded to broadcast the match between Arsenal and United at the Highbury the following week.

To help the listeners keep track of things, the Radio Times published a picture depicting a football field divided into squares and then numbered. Teddy Wakelam, a former rugby player with Harlequins, who was to commentate in the game, took up his position inside a wooden hut in the east grandstand and the match kicked off.

Arsenal skipper Charlie Buchan became the first footballer to score a “live goal” as he gave his side the lead but United’s Billy Gillespie equalised to end the match in a 1-1 draw.