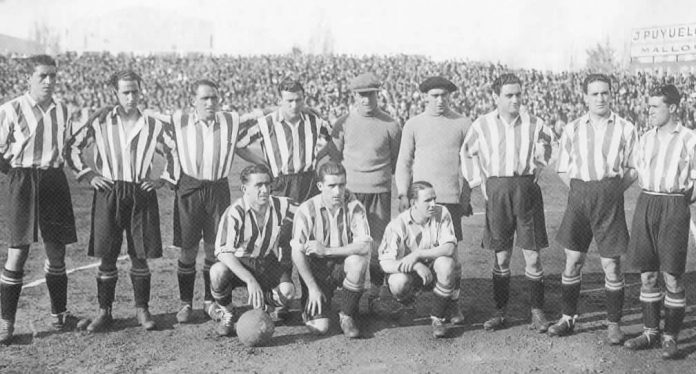 On this day in 1931, Athletic Bilbao inflicted one of the most humiliating defeats on Barcelona as they beat the Catalans 12-1 in a La Liga fixture.

Seven of those 12 goals were scored by Athletic’s 22-year-old superstar Agustin Sauto Arana or “Bata” as he is commonly known as. Born in Barakaldo in the Basque Country, Bata was signed from his hometown club in 1929 and won the La Liga and Copa del Rey titles in his debut season. Athletic finished seven points clear of second place Barcelona thanks to a twenty-goal league haul from Guillermo Gorostiza.

Bata’s second season at Sam Mames saw the emergence of a brilliant partnership with Gorostiza as Athletic retained both their league and Copa del Rey titles. Bata ended up with the  Pichichi trophy for scoring a remarkable 27 goals while Gorostiza netted a healthy 17 and finished second on the scorers list.

On this day in 2015, former England international pacer Steve Harmison was appointed as the manager of ninth tier club Ashington AFC.

Harmison who has played 63 tests and 58 ODIs for England insisted that Ashington were his hometown club and he had trained with them before joining Durham County. However, Harmison’s tenure did not last long and he resigned in October, 2017.

Yes, even the sound of it is atrocious

On this day in 2000, Inverness Caledonian Thistle produced one of the biggest shocks in Scottish Cup history as they beat mighty Celtic 3-1 in the Third Round.

This humiliating defeat at Celtic Park resulted in the sacking of manager John Barnes, the former England international, and the appointment of Kenny Dalglish.

It also gave rise to one of the most iconic headlines in British sport history: “Super Caley Go Ballistic Celtic Are Atrocious!”

The headline draws inspiration from a song in the Julie Andrews starred 1964 Disney musical Mary Poppins. Written by the Sherman Brothers, the song is titled ‘Supercalifragilisticexpialidocious’(it’s a legitimate word) and is sung by Andrews and Dick van Dyke. 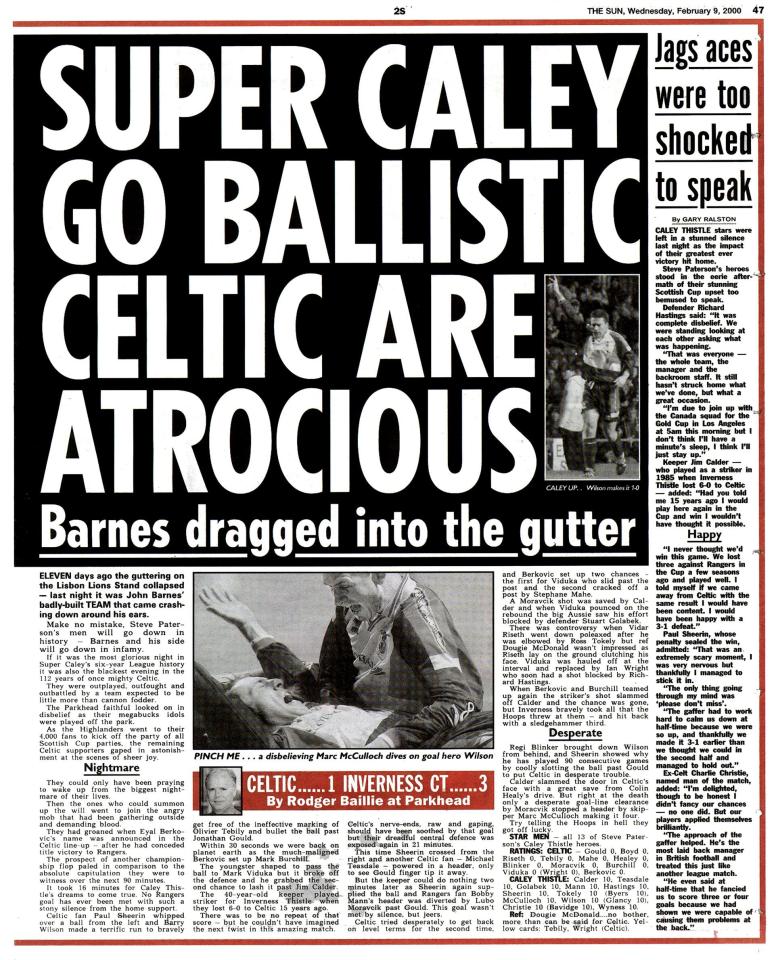