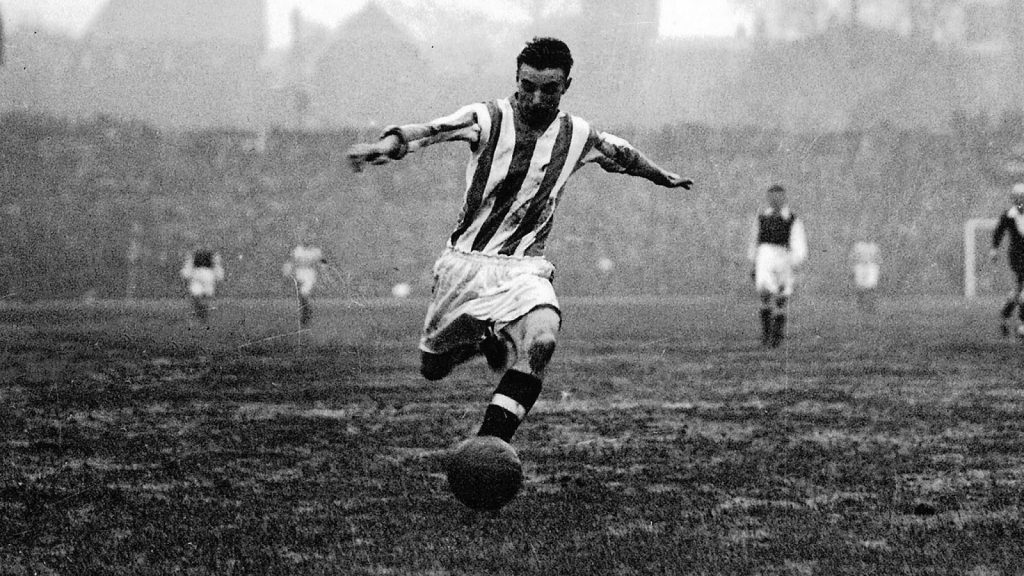 On this day in 2000, footballing legend Sir Stanley Matthews passed away at the age of 85.

A Stoke native, Matthews played for only two clubs in his long and illustrious career – Stoke City and Blackpool. Widely regarded as one of the greatest players to ever play the game, Matthews’ playing career lasted for nearly 35 years. He made his first senior appearance for Stoke City on 19 March 1932 against Bury at Gigg Lane as the Potters won the match 1-0. His last appearance for Stoke came in 1965 and at the ripe age of 50. Injuries to Gerry Bridgwood and Peter Dobing forced Matthews’ inclusion in the starting XI as Stoke won 3-1 against Fulham.

In 1956 he won the first ever Ballon d’Or award beating the likes of Alfredo Di Stefano and Raymond Kopa in the final standings. He was also the first and only active footballer in history to receive a knighthood.

Matthews passed away in 2000 from an illness. His ashes are buried beneath the centre circle at Stoke’s Britannia Stadium.

On this day in 1901, defending champions Scotland beat Ireland by an incredible score line of 11-0 in a British Home Nations tie.

Played at Celtic Park in Glasgow, it was the first match of that season’s tournament. Scotland opened the scoring in the sixth minute through Sandy McMahon who completed a first half hat-trick and scored another in the second half to bring his goal tally to four. Robert Hamilton also scored four goals in the match while John Campbell scored a brace and Davie Russell got one.

Ireland finished at the bottom of the table in the final standings and despite Scotland’s devastating attack, it was England who won that season’s Home Championship.