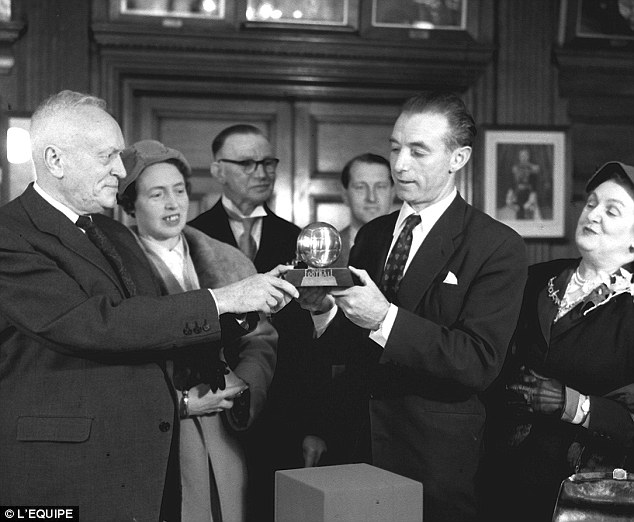 On this day in 1956, the inaugural Ballon d’Or award was handed out by France Football to Blackpool’s Stanley Matthews.

The prestigious award was established to recognize the best player in European football. The brains behind the Ballon d’Or was former France international and esteemed football writer Gabriel Hanot. A full-back by trade, Hanot was forced to retire from the game after an aviation accident. He subsequently forged a stellar career in football journalism.

The inaugural award went to a 41-year-old Stanley Matthews whose performances had convinced the judges to place him ahead of Real Madrid’s star duo Alfredo Di Stefano and Raymond Kopa in the final standings.

Played in front of 66,821 fans at the International Stadium in Yokohama, Japan, Liverpool were clear favourites for the match. The Reds had beaten AC Milan in dramatic fashion in the European Cup final in Istanbul earlier that year and boasted a star studded line up that included the likes of Steven Gerrard, Xabi Alonso and Fernando Morientes.

But Sao Paulo’s Mineiro scored in the 27th minute to give his side a lead that would last until full time. Captain and goalkeeper Rogerio Ceni made a number of fantastic saves to end up being awarded the Man of the Match award.