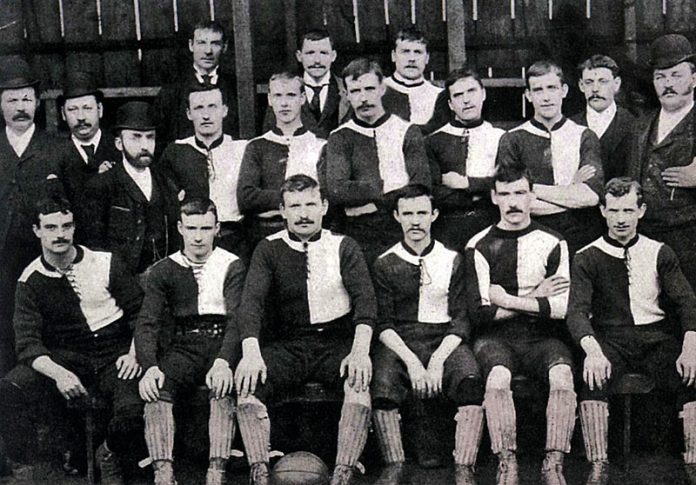 Founded in 1878 by workers from the Lancashire and Yorkshire Railway, Newton Heath were in financial turmoil by 1902. Debts had risen to £2,500 and the club was largely expected to go bankrupt. But captain Harry Stafford met with the managing director of Manchester Breweries, a certain JH Davies.

Stafford convinced Davies to invest in the club and in turn Davies became the club president. The new ownership brought about significant changes to the club. Newton Heath became Manchester United. The club abandoned its green and gold coloured strip for the iconic red and white kit.

United soon gained promotion to the first division and won their first ever top flight title in the 1905-06 season. The Mancunians hold the distinction of being the first English team to win the European Cup by beating the Eusebio led Benfica in the 1968 final at Wembley.

However, United’s globe conquering success came in the Premier League era and under Alex Ferguson. At the time of the Scotsman’s arrival, United had won the top flight on just seven occasions. When he left in 2013, they had become the most successful English team with a grand total of twenty league titles, two more than Liverpool.

The club also added two more European Cups to their trophy cabinet under Ferguson; one a part of a historic treble in 1999 and another in 2008.