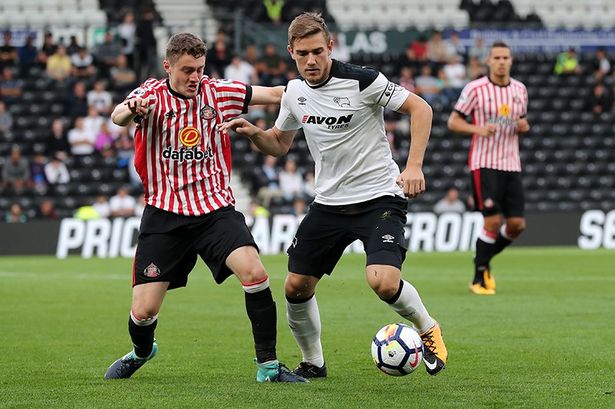 Derby County midfielder Timi Elsnik has picked up a muscle injury and the midfielder will be sidelined for several weeks.

The 19-year-old is currently on loan at Swindon and he has managed to establish himself as a key player for David Flitcroft.

The Swindon boss confirmed that the player will not return from injury before next year and that his absence will be a big miss for the League Two outfit.

Flitcroft said: “We certainly won’t have Timi, he is quite a lengthy one and we aren’t really putting a timescale on it but we certainly won’t have him back in the next month. We will get all the detail from Derby County and see what the deal is with that. It’s going to be a big miss, he is an academy kid from Derby but he’s a powerful boy and he suits this league. He’s going to be a loss for sure, but that loss gives someone else the opportunity to step up and that is what we will hopefully do now.”

Elsnik has made 12 appearances for Swindon this season and he has managed to score three goals during that period.

The Derby midfielder’s powerful style of play has helped him adjust in League Two and Swindon will have to do without his combative presence for weeks now.

The League Two outfit are currently fifth in the League and they will be looking to finish in an automatic promotion spot this season. Elsnik’s injury will be a major blow to their promotion hopes.