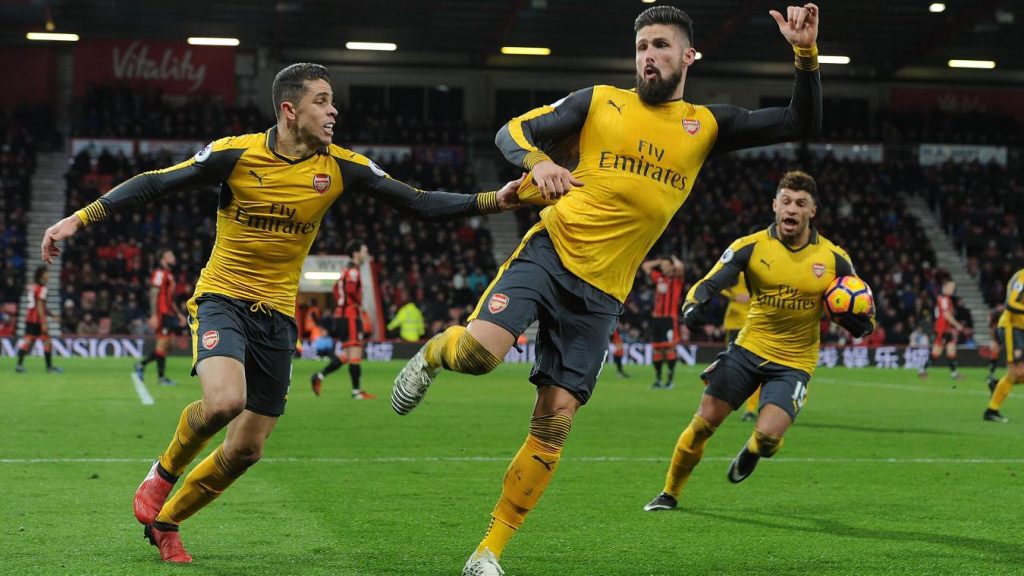 Arsenal striker Olivier Giroud has revealed that he was close to joining Everton this summer.

The Frenchman has fallen down the pecking order at Emirates since the arrival of Alexandre Lacazette and he was expected to depart during the summer. However, he ended up staying and the player believes that it was the right choice.

He said: “I had the opportunity to leave [Arsenal]. I was very close to another English club, Everton. But I think I made the best choice.”

Giroud has been a good player for Arsenal ever since he joined them from Montpellier in 2012. Despite his limitations, he has proven to be quite useful for Wenger.

The 31-year-old target man could now prove to be the ideal alternative for Lacazette as well. His style of play will add another dimension to the Arsenal attack.

It will be interesting to see whether Everton reignite their interest in January. It is evident that Giroud is only a backup option now and therefore he might have to move in order to play regularly.

There is no doubt that Everton need a striker like him and Koeman should look to make another move when the window reopens.