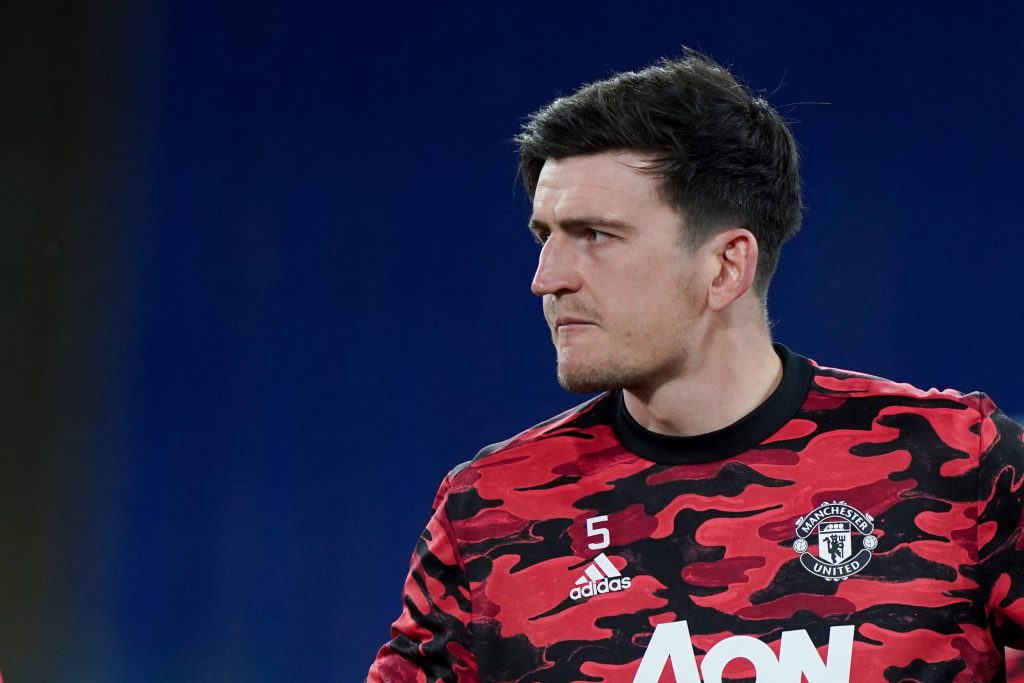 Maguire sustained an ankle injury during the second half of the Aston Villa clash last weekend, and he has subsequently missed the games against Leicester City and Liverpool, where United have lost.

Speaking after the defeat to the Reds, Solskjaer accepted that Maguire is a ‘really important’ player, but the club have no option but to deal with his absence for the rest of the campaign.

He told Manutd.com: “Harry’s been really important for us. He’s been absolutely top since he came to the club. So, of course, we’re going to miss him, but he’s out, so we’ve got to deal with that.”

“We’ve got good enough players to be able to deal with it – we should be [able to], so now it’s about regrouping. Start building our own confidence and momentum again because we’ve got two games in the league and then a final.”

Maguire was pictured on crutches on the stands for the second game running, and he appears a big doubt for the Europa League final against Villarreal at the end of the month.

Before the final in Gdansk, United have two more league games remaining, and Solskjaer has already confirmed that the club captain won’t be available for those matches.

Eric Bailly and Victor Lindelof have barely played together this term, and they struggled with their positioning throughout yesterday’s defeat.

The duo need to step up with strong performances in the last two league games, as they seem likely to make up the central defence against Villarreal.

Maguire, who currently earns around £190,000-a-week, had previously played every league minute for United until the setback at Villa Park.

He has had his fair share of criticism from some fans, but it can’t be denied that United are a more organised defensive unit with him in the line-up.

Read: ‘Not the answer’: Manchester United fans react to 24-year-old’s display vs Liverpool.