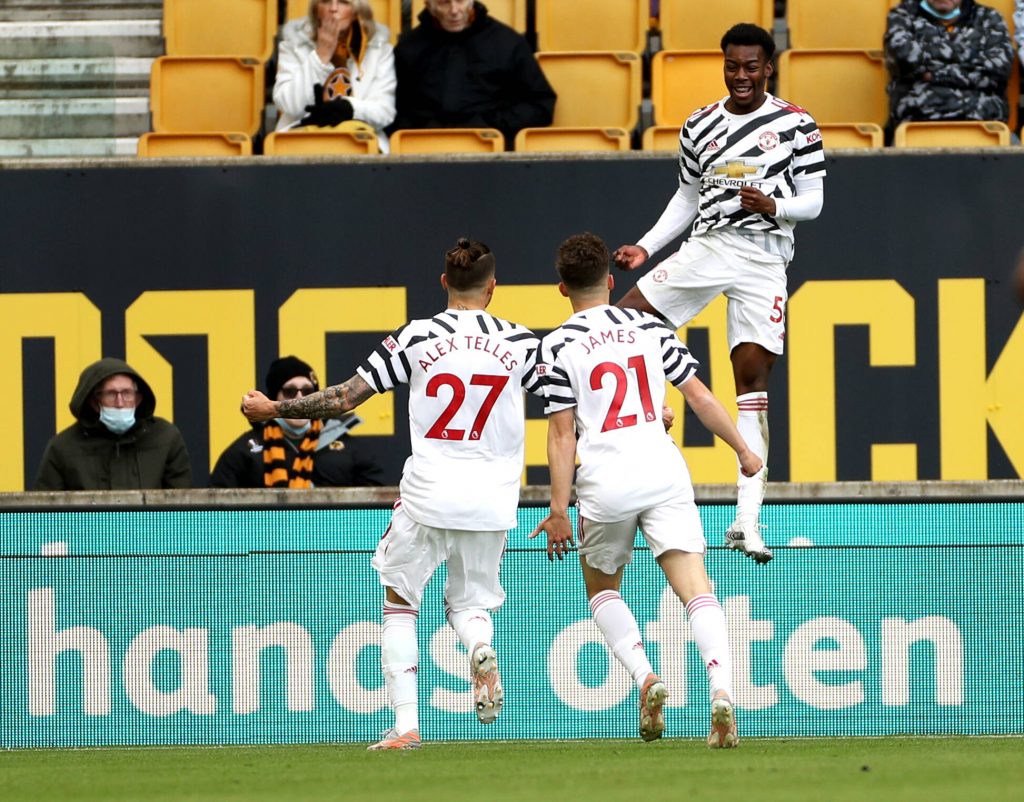 Solskjaer picked a side with youth and experience for the final matchday of the campaign, considering the club have a Europa League final against Villarreal in midweek.

Elanga opened the scoring with a powerful header in the 13th minute, finishing off a superb teasing cross from Daniel James from the left flank.

Nelson Semedo levelled the scores for Wolves after 39 minutes, but Juan Mata scored from the penalty spot before half-time in probably his farewell appearance.

United held on for a 2-1 victory at Molineux, ensuring that they were unbeaten on the road for the entire league campaign.

Speaking after the game, Solskjaer was impressed with Elanga, who opened his goalscoring account for United in just his second appearance.

He told Manutd.com: “He could have scored once or twice before, but to keep getting in there, keep making the runs, keep being positive.”

“He’s got such an enthusiasm and energy for football and a desire that I love. He deserved it. What you maybe don’t see is his attitude, desire, a personality.

“He’s a very humble lad, works really hard – he’s got some attributes that you could wish for as a player.

“The future’s bright for him I think, and I know and trust him to keep his feet on the ground and make the most of his talent.”

United recently went three league games without a victory, and Solskjaer will be delighted with the victory ahead of the Villarreal clash.

An entirely different team is expected to line up against the Yellow Submarines. Eric Bailly could be the only player starting from the Wolves game.

United are favourites for the Europa League final in Gdansk on Wednesday night, and they have the chance to end a four-year trophy drought.

The Red Devils have won three of the last four meetings against Spanish opposition, having previously gone winless for nine matches.