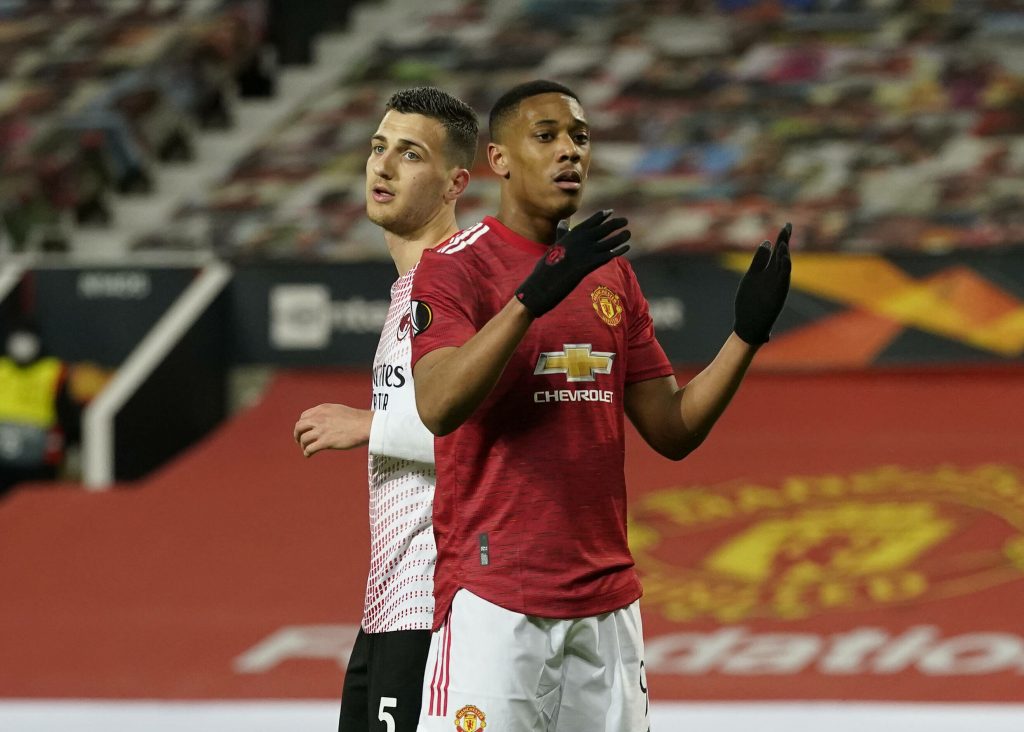 Manchester United manager Ole Gunnar Solskjaer has provided an injury update on three players following the club’s disappointing 1-1 draw against AC Milan in the first leg of the Europa League last 16 on Thursday.

The Red Devils opened the scoring in the 50th minute following a delightful debut goal from Amad Diallo, who headed the ball beyond the goalkeeper after a terrific run.

However, they could not double the advantage and eventually paid the price with the Rossoneri scoring through a Simon Kjaer header in stoppage time.

Both Harry Maguire and Daniel James squandered gilt-edged scoring chances, and the club travel to San Siro next week needing a goal to stay in the competition.

Speaking after the game, Solskjaer provided an injury update on three players including Anthony Martial, who was substituted at the break.

The Norwegian said that the Frenchman suffered a knock on his hip, and a scan will determine the extent of the problem.

He added that Marcus Rashford and Edinson Cavani may miss the weekend’s league meeting against West Ham United at home.

However, he was optimistic about Rashford’s prospects of making a comeback on Sunday.

He told Manutd.com: “Anthony got a whack on his hip, so there’s another forward we need to scan and look at.”

“I definitely hope Marcus is back for next Thursday in Milan. I’m not sure he’ll make Sunday but, fingers crossed, as we’ll need him.

“Edinson, I don’t think he will be ready for Sunday, no.”

The Red Devils find themselves in a potential striker crisis as the above-mentioned trio could be absent to face David Moyes’ side.

Mason Greenwood would be the likely candidate to lead the line in that case, and it could also open up a starting spot for Diallo.

The 18-year-old broke the deadlock for United against the Rossoneri and will be hoping for his maiden start in the club’s shirt.

Read: Manchester United to compete with Chelsea for this French winger.