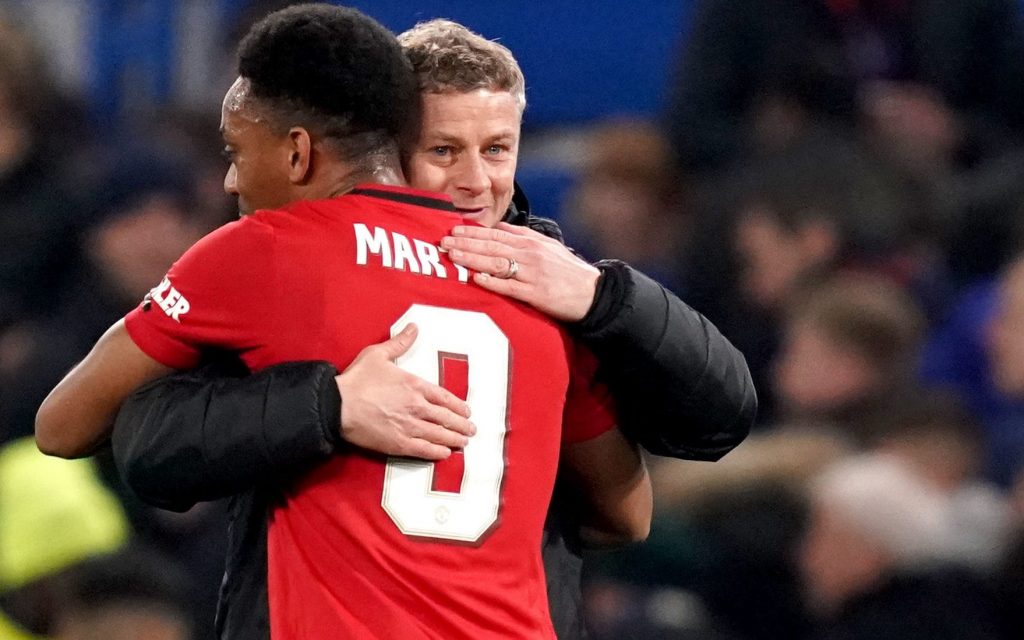 After the defeat to Newcastle United seemed to ring the final nail in Ole Gunnar Solskjaer’s coffin as Manchester United manager, the Red Devils have since roared themselves back into contention.

With three away wins in a row, United are flying high like they did when the Norwegian was still their caretaker manager earlier this year. A win against Chelsea at Stamford Bridge to snap their winning streak solidified Solskjaer’s ability against superior oppositions.

However, Anthony Martial has been a big plus-point in reviving United’s spirits in recent weeks. He sustained a bad injury in their home loss against Crystal Palace in August, but his return has been met with a revival for the Red Devils.

Ole Gunnar Solskjaer admitted that the Frenchman has been pivotal towards rekindling his side’s spirits with his effectiveness in the forward role.

Before the trip to Bournemouth in the Premier League, the Norwegian explained how Martial is maturing as a striker and looking more like the lethal goal-scorer he promised to be.

He said, “I don’t think he has had a long run of games as a No 9 since he played many years ago [here] as a boy. Now he is maturing. You have to be obsessed with scoring goals as a No 9 and he is looking more and more like a player who wants to score goals and not just show his tricks.”

The Frenchman has a 100% goal contribution record in every league game he’s started this season for United, as Solskjaer believes he’s a much happier individual this season and his positivity is rubbing up nicely with the rest of the squad.

The Norwegian explained, “For me he has matured a lot in his behaviour on the training ground as well. I believe we will see the best of him in the next few years. He looks happier and seems happy.”

“He is an infectious boy – his smile and sense of humour. You can see he is happy here and that rubs off on everyone and it’s great to see.”, Solskjaer further added.

Solskjaer also believes his side is slowly getting back to their best, as he also hailed how much stronger his group is for the tough times ahead.

He stated, “The group is more ready for tougher times and better times. It’s a miles better group that we have now. The camaraderie, the attitude of the boys, the selflessness, the humility.”

“We are getting closer to what we want to see every day – that culture, the performance in training, the way they prepare for games.”, the 46-year-old further quipped.

Solskjaer’s side has the opportunity to move further up the table with a win at Bournemouth, who really struggled to win games in a disappointing month of October.