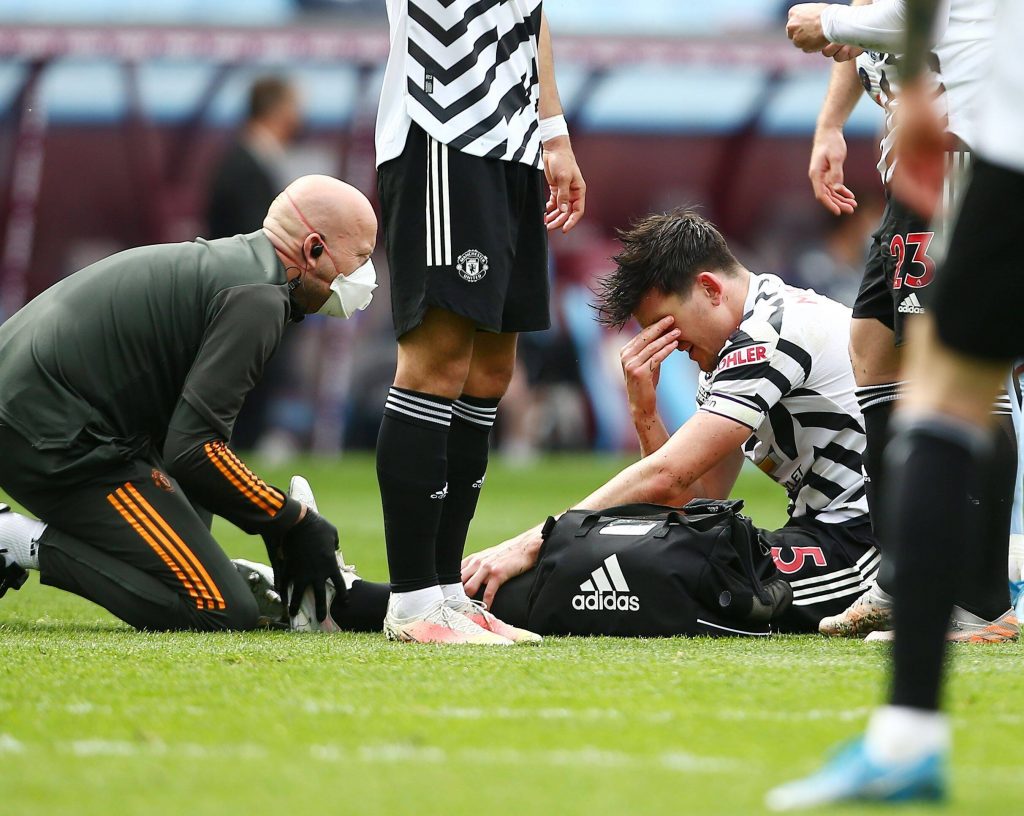 Manchester United manager Ole Gunnar Solskjaer has said that Harry Maguire is unlikely to be fit in time for the Europa League final against Villarreal next week.

The England international suffered an ankle injury in the 3-1 Premier League win over Aston Villa this month, and he has since missed three games.

Earlier last week, Solskjaer was optimistic about the £190,000-a-week star being fit for the final against Villarreal, but he has now ruled out the chances of that happening.

He told Manutd.com: “He’s walking, but it’s a long way from walking to running.”

“To be honest, I don’t think we’ll see him in Gdansk, no. I will give him until Tuesday night, the last training session, to see if he can be out there. Ligaments take time to heal.

“He is a leader – before the fans came in, I think you all heard him. He’ll come in the dressing room, make sure everyone’s ready for the final.”

Solskjaer also said that Anthony Martial may not be available for the final as he is still recovering from a knee injury sustained earlier in the year.

However, there has been positive news on the injury front, with both Scott McTominay and Fred overcoming the knocks suffered against Fulham in midweek.

Daniel James is also available for the final Premier League game of the season against Wolverhampton Wanderers after shaking off a muscular problem.

United have disappointed in the last three top-flight games, earning earned just one point against Leicester City, Liverpool and Fulham.

They will be aiming to end the league campaign by beating Wolves on Sunday to build some momentum ahead of the Europa League final.

United will go into the game as favourites against Villarreal, but the La Liga outfit can’t be underestimated, having defeated Arsenal in the semi-final.

Unai Emery also has a tremendous record in the final of the European competition and has been victorious on three of the previous four occasions.

One of Eric Bailly or Axel Tuanzebe is expected to partner Victor Lindelof in central defence, barring Maguire making a miraculous recovery.