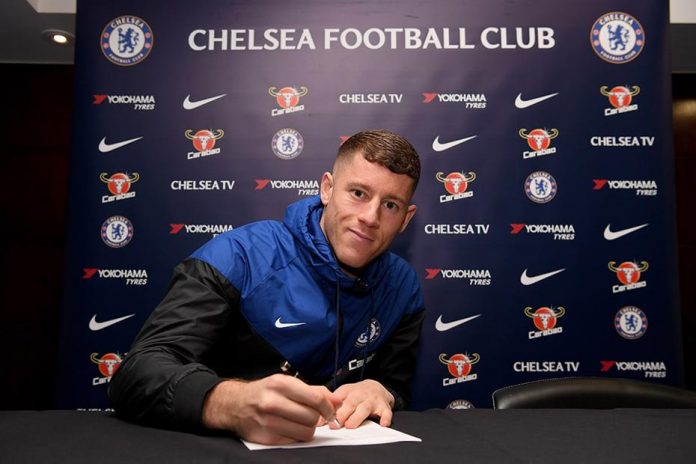 Chelsea have confirmed the signing of Ross Barkley.

The Everton midfielder was linked with a move to Stamford Bridge during the summer as well but the move collapsed eventually. The defending champions have moved swiftly to secure his services now. Barkley would have been a free agent in the summer.

Chelsea have revealed that the England international has signed a five-and-a-half-year deal at the club and he will be wearing the iconic number 8 shirt which was previously worn by club legend Frank Lampard.

Barkley is Antonio Conte’s first January signing and it will be interesting to see whether the Blues strengthen their attack now. Chelsea have struggled to score consistently so far and new signing Alvaro Morata has missed some glorious chances in the recent weeks.

According to Telegraph, Chelsea will pay around £15 million for the 24-year-old midfielder.

Speaking to the club media after completing his move, Ross Barkley revealed: “‘I’m overwhelmed, I’m looking forward to it and I’m really excited to get started. To be given a fresh start at a new club like Chelsea, it’s unbelievable for me. I’m looking forward to continuing where I left off at the end of last season and hoping to improve and add more goals to my game.”