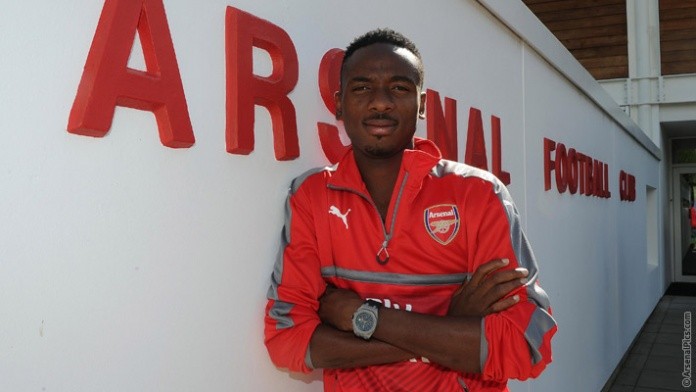 Arsenal have confirmed the signing of Nigerian midfielder Kelechi Nwakali from the Diamond Football Academy, via the club’s official website.

The 18-year-old midfielder captained the Nigerian U-17 side at the FIFA Youth World Cup in Chile last year where he was named the player of the tournament as well.

Arsenal had agreed a deal for his signature some time ago, a fee thought to be in the region of £3m.

The player also had agreed personal terms over a long-term contract but his move to north London was delayed due to work permit problems. Also, his international commitments further delayed his arrival at the Emirates.

The player confirmed his move on social media yesterday after posting a photo on Twitter of him signing the Arsenal contract.

Arsenal, today, have announced the signing on the club’s official website and we’ve a picture of the player wearing the Gunners home kit.

The midfielder will now head out on loan to gain some experience over the coming season.