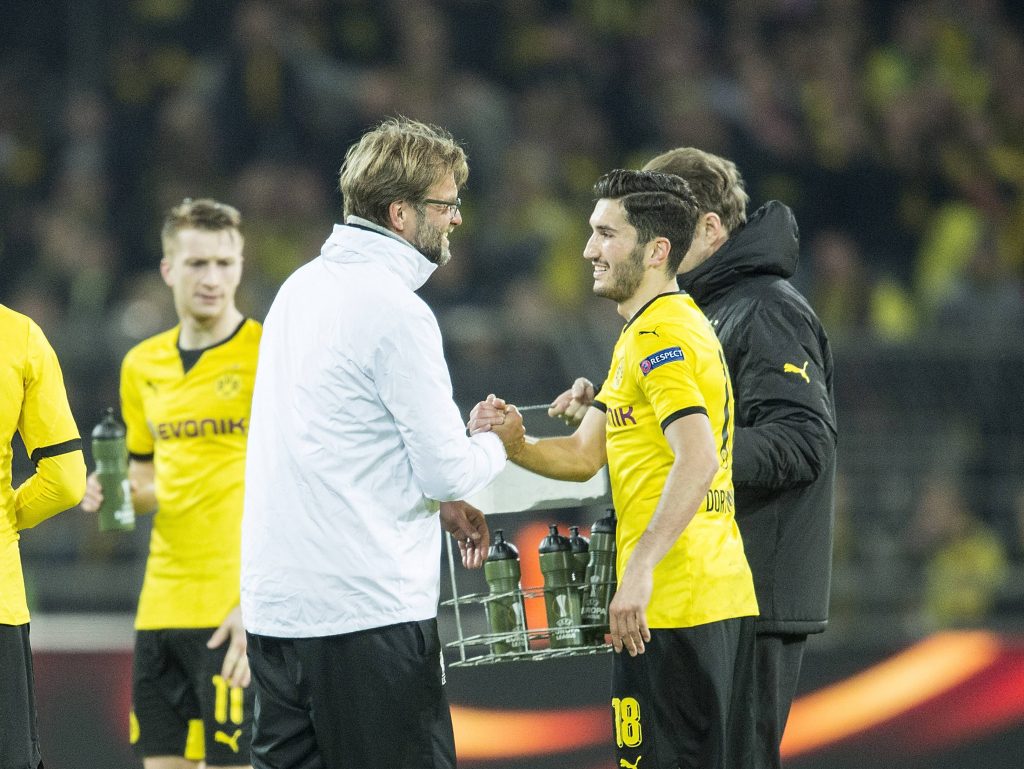 Turkish midfielder Nuri Sahin has talked about his experience with Liverpool manager Jurgen Klopp when he played under the German at Borussia Dortmund.

Sahin shared a close bond with Klopp during their time together at Dortmund, and the 35-year-old has regularly talked about the impact he had on his career.

In an exclusive interview with Goal.com, the midfielder revealed an instance when he was thrown out of training by Klopp due to an argument with another player.

He added that Klopp arrived in training the next day like nothing had happened, which showed the 53-year-old’ man-management skills.

He said: “It was either 2009 or 2010. I was playing for Borussia Dortmund and the coach threw me out of training. He told me to leave, because I had an argument with another player.”

“I was young and I thought I knew everything. I was sure I was in the right, 100 percent, but he told me to go, so I went. So, the next day I came in and I thought ‘OK, maybe it’s the end for me here’, you know?

“I thought he would put me out of the squad or whatever. But he came in and it was like nothing had happened.  It was a moment for me to realise that I would have him on my side even when I was in the wrong. It’s powerful when you realise that about your coach.”

Klopp has transformed Liverpool over the past few years, where they ended a seven-year trophy drought by winning the Champions League before lifting their maiden Premier League title last term.

The current campaign has been disappointing with the club going trophyless while they are yet to be assured of their place in next season’s Champions League. They will need to win their remaining two league games to make the top four.

Sahin said that Klopp is the right man to reverse the Reds’ fortunes, and talked about the injuries, which have played a key part in the Merseyside outfit failing to offer a strong defence of their English crown.

“Especially after such successful, historic seasons that they had, winning the Champions League and then the Premier League. It’s normal to have a season with some down moments after such big achievements.

“And when you have injuries also, then what do you expect? We are speaking about maybe the best defender in the world in Virgil van Dijk.

“After that you have some trouble getting a partnership in defence because you are changing every week. Then, midfielders play there. This is not easy.”

“That’s why I think it’s only a matter of time before they are back. Obviously, they are keen to finish this season in the best possible way, by getting into the Champions League hopefully, but Liverpool will be back next year. I’m pretty sure about that.”

Liverpool have their top-four hopes in their own hands after Leicester City’s defeat against the Blues last night.

A victory at Burnley tonight would see them leapfrog the Foxes on goal difference ahead of the final matchday.