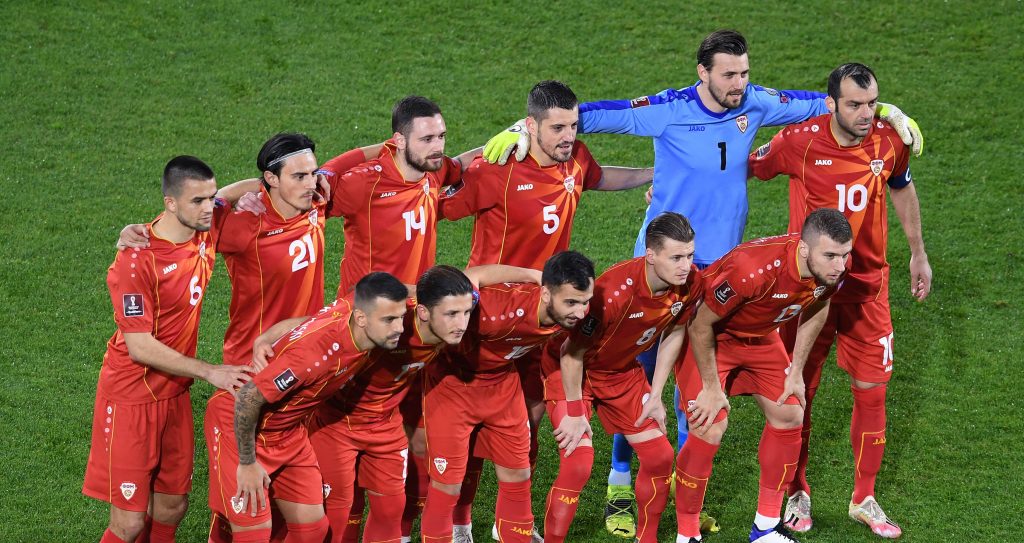 North Macedonia’s Euro 2020 squad has been announced as head coach Igor Angeloski names the final 26-man list for the country’s debut at the major tournament.

Leeds United left-back Ezgjan Alioski is the heartbeat of Angeloski’s North Macedonia team. Though Marcelo Bielsa shifted the 29-year-old to a left-back, the ex-Lugano man has played in a more advanced position in the national team.

Alioski has registered six of his seven international goals since the turn of 2018, highlighting how talismanic he can be in more attacking roles.

Although he has struggled to establish himself as a permanent first-team fixture at Napoli, talented midfielder Elif Elmas will be one of his side’s creative fulcrums this summer.

The 21-year-old is a classic centre-midfielder but can also operate as a left-winger. Elmas’ technical qualities and wide passing range are off the charts.

Another significant piece of the puzzle is Levante’s dead-ball specialist, Enis Bardhi. The 25-year-old midfielder, who emerged as a transfer target for Arsenal last summer, boasts impressive shooting abilities and will be one of his side’s main threats going forward.

Genoa stalwart Goran Pandev, who scored the deciding goal to send his nation to their first major tournament as a sovereign state, headlines the attack.

The veteran striker is his country’s most-capped player and the all-time top scorer with 37 strikes. Pandev is well past his prime, but at 37, his experience and mentality are invaluable to this North Macedonia team.

Assigned to Group C with Netherlands, Austria and Ukraine, the Lynxes will have to defy the odds to make it out of the group stage.

There is plenty of reason for optimism among the North Macedonia fans, considering their heroes defeated Germany 2-1 away from home in their last competitive game ahead of the tournament.