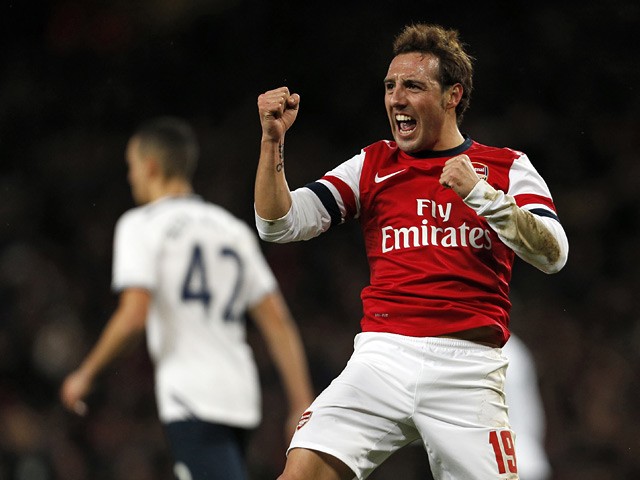 We reported on Tuesday that Arsenal had confirmed Santi Cazorla was leaving the club at the end of his contract and supporters are understandably upset to see him go. The 33-year-old hasn’t played for nearly two years as he’s struggled with a serious achilles injury and didn’t manage to make a farewell appearance.

Cazorla is set to train with Villarreal this summer, with a view to earning a permanent deal with his former club if he can prove his fitness, but Arsenal supporters would prefer to see him at the Emirates still. Since joining the Gunners from Malaga in 2012, the Spanish international has made 180 appearances in all competitions, making a lot of fans on the way.

I will miss you Santi. You are one of my best player. Wish you all the best in your future life. Cheers

For Cazorla to go two years without making an Arsenal appearance is sad. The midfielder has been through hell and back trying to get back on the pitch, but he will now be plying his trade elsewhere. The 33-year-old is regarded as the most skilful player in the Arsenal squad who hasn’t been adequately replaced.

When he was playing, the Gunners were a top-four side who were challenging for major trophies. Since he’s been injured, Arsenal have fallen out of the Champions League places and have won just one trophy in three years. Fans will now have to get used to the fact he’s gone.