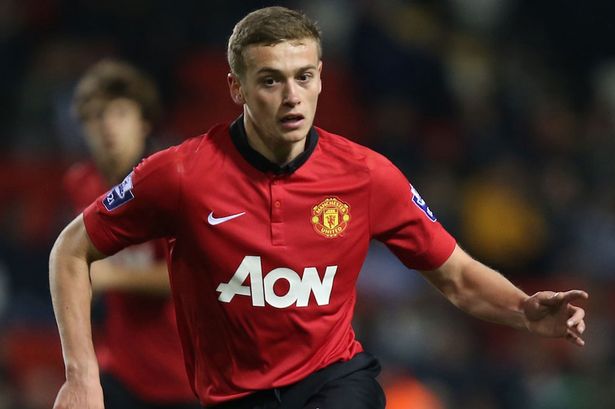 Manchester United have rejected six loan offers for striker James Wilson, who is all set to stay at the club for the remainder of the season.

According to Goal, Manchester United have received offers from several Championship clubs – Derby County, Middlesbrough, Norwich City, Ipswich Town, Nottingham Forest and Watford – but as it stands the young striker is likely to stay at Old Trafford.

The 19-year-old, who scored twice in his debut last season, has been given more opportunities this season.

Although at the moment he is down the pecking orders behind Wayne Rooney, Robin van Persie and Radamel Falcao, the young starlet has been given enough support by his manager.

Wilson recently suffered a hamstring injury that kept him out of the game for some time. United initially thought of sending him on loan elsewhere to give him more game time, but it seems the club now want him to stay till the end of the season.