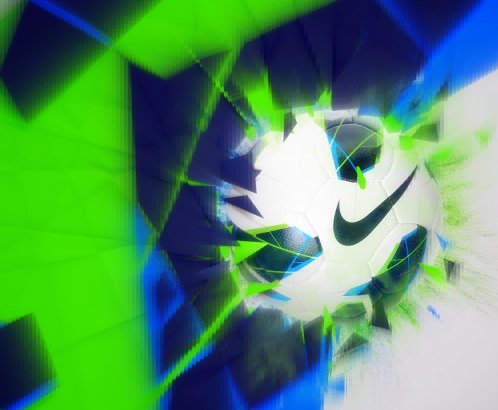 The Nike football to be used in the 2012/2013 European leagues is called the Nike Maxim. The Premier League, La Liga and Serie A will have distinct colors for their footballs. Nike has put a lot of technology in use to make these balls better than the rest and are claiming that these are the best balls in the world.

The ball features design and performance innovation that offer great responsiveness, touch and stable ball flight which improves the accuracy of passing and shooting. The aerodynamic textured casing of the ball delivers accurate and powerful strike, no matter where you hit the ball.

The use of Nike Rapid Decision and Response (RaDaR) technology in the ball allows players to see the ball better. The bold geometric graphic on the ball generates strong visual power with crisp edges for players to pick up on during play. Optimal use of bright colors and sharp contrast allows the ball to be more visible in the stadium and pitch environment.

The ball has blue and red colors of England incorporated in the design to distinguish the Nike Maxim Premier League ball.

The ball has red and blue colors of Spain incorporated in the design to distinguish the Nike Maxim Liga BBVA ball.

The ball has red and green colors of Italy incorporated in the design to distinguish the Nike Maxim Serie A ball.

Nike Maxim is available at the Nike Store.