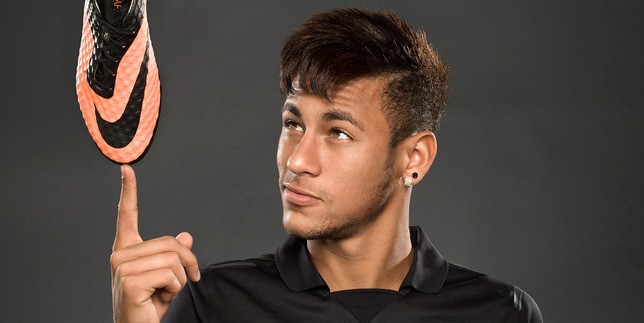 Following the news that Santos ace Neymar has penned a five-year deal with Barcelona, Nike has come out with the launch of the all-new Nike Hypervenom at an even in Rio de Janeiro with the 21-year-old Brazil striker.

The Hypervenom is a completely new football boot. It was created with feedback from not just Neymar but also strikers like Wayne Rooney and PSG’s Zlatan Ibrahimovic. The players specified that they need a boot that can help create extra space quickly and get their shot away from any angle.

They discussed the increased agility of opponents, referencing today’s defenders who are now as quick, agile and skillful as many of the world’s best forwards.

Neymar was most direct in his feedback. He said:

“Help me make space more often and more quickly. I want a boot that helps enhance my agility and gives me the space to get my shot off before I’m closed down.”

“Neymar’s input in invaluable. He had been wearing the Mercurial Vapor IX boot, a pure speed product designed to help athletes look and find space to beat a man.

“The Hypervenom focuses on creating the space in order to put the ball in the net.”