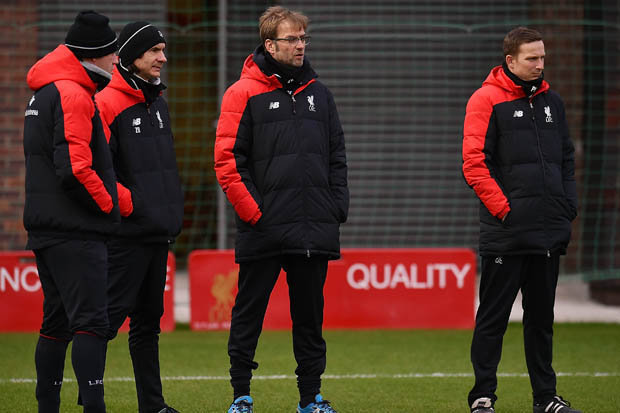 The agent of Nigerian striker Jacob Njoku has confirmed that his client along with his fellow countryman Chidera Ejike have arrived in England ahead of a two-week trial with Liverpool.

The highly talented duo will now stay in Liverpool over the next two weeks where the Liverpool coaches will run the rule over them.

Njoku and Ejike’s agent Babawo Mohammed confirmed earlier that the players have been granted visas for their travel to Liverpool.

“We just received the visas now through UPS. Njoku and Ejike are ready for the trials, they have been training and both are 100 percent fit”, he said previously.

The player’s agent has now confirmed that the duo have already started training with Liverpool since Sunday.

“Njoku and Ejike are in Liverpool already,” he told website AllNigeriaSoccer.

“We arrived in England around 2pm on Saturday, they are starting training Sunday.”

Both players are rated very highly in Nigeria and are considered as one of the finest young talents in their country right now.

Liverpool are keen on signing them this summer and have therefore arranged a trial for them.

The duo have attracted a lot of interest from several other European clubs and striker Jacob Njoku has already played for Porto before joining the UAE club Al Oruba.

Attacking midfielder Ejike is a product of the Gee-Lec Football Academy and Liverpool will be the first club he joins if the trial goes well.