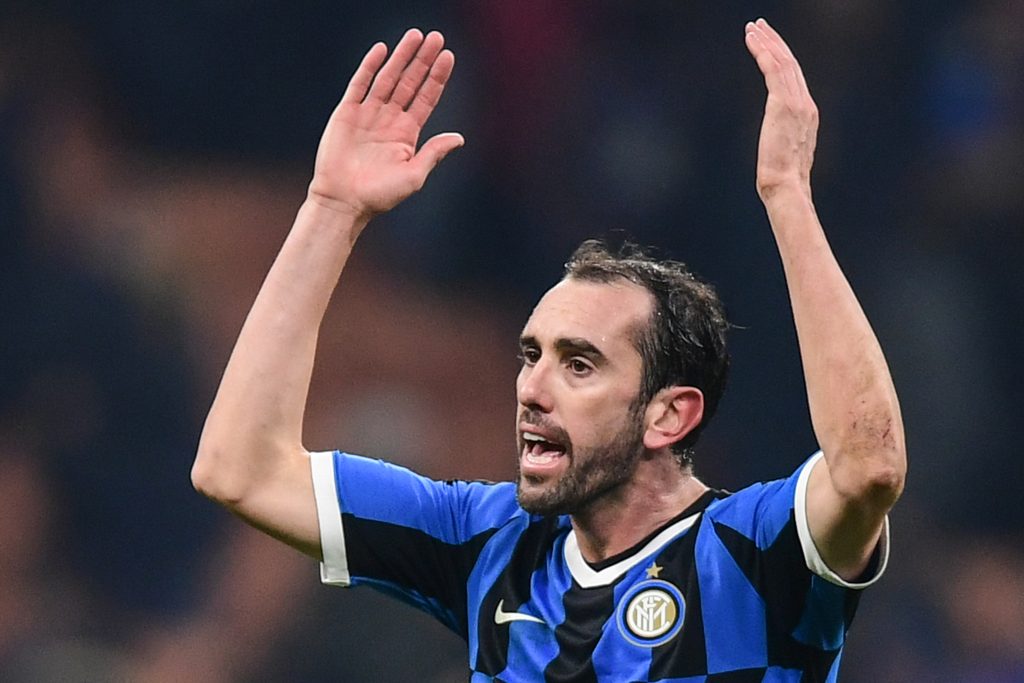 According to Italian transfer expert Nicolo Schira, Tottenham Hotspur are keen on Inter Milan centre-back Diego Godin and he could leave the San Siro to finally link up with Jose Mourinho this summer.

Diego #Godin could leave #Inter in summer. #Tottenham are looking for him. Josè #Mourinho wanted already him, when he was on #ManchesterUnited bench. #transfsrs #THFC

The Spurs boss wanted to bring the Uruguayan international to the English Premier League when he was the manager of Manchester United, and it appears things could work out when the transfer window opens at the end of the season.

Tottenham have struggled at the back this term, shipping 40 goals in 29 league games.

Their struggles at the back have seen them gotten dumped out of the F.A Cup, League Cup and Champions League already, and they need to significantly improve defensively if they are to have a chance of challenging for silverware next season and going forward.

Godin brings quality of experience to the table despite being 34 years of age, and his ability on the ball and excellent tackling abilities make him perfect for Tottenham.

The former Atletico Madrid star has played just 25 games across all competitions for Inter this term as he isn’t first-choice in Antonio Conte’s pecking order, and the only downside that could come with signing him is that he has just a few years left in him as far as playing at a top level is concerned.

Godin is a probable short-term answer to Spurs’ defensive shortcomings, and for a side that could end up offloading 32-year-old Jan Vertonghen, bringing in an older replacement doesn’t look ideal.