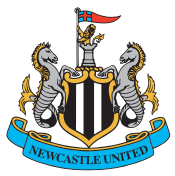 It’s really quite amazing that Newcastle can still finish anywhere from 3rd to 6th place in the Premier League, with just one game to go.

And for those Newcastle fans who were really disappointed at losing to Manchester City on Sunday, it can’t be forgotten that last August the club were expecting a mid-table finish, with Kevin Nolan, Jose Enrique and Joey Barton all having left in the summer.

But in fact the players brought in last year and in January  – Ben Arfa, Yohan Cabaye, Demba Ba, Papiss Cisse and Davide Santon in particular, have all been stellar buys for Newcastle, and Pardew’s side have been much better as a result.

The Newcastle manager has already said he would want five top players brought in over the summer, if his side qualified for a European competition next season.

Therefore, it promises to be an exciting time for Newcastle fans in the next few months, as the club tries to improve their squad, so they can mount a challenge on Europe and compete for a top four place next season.

Pardew went to watch the striker in action a few weeks ago as FC Twente played Dutch champions Ajax and it is believed that he is not the only Premier League manager interested in the striker.

The 21-year-old is already a Holland international and has certainly impressed the Twente hierarchy with manager Steve McClaren and assistant Patrick Kluivert both huge fans of the forward.

“Luuk is an ‘English style’ striker, made for English football. I am just ­desperate to keep him one more year in Holland. But I ­realise that will be difficult,” McClaren is quoted as saying in the Daily Mirror. Not content with fighting for a Champions League position, Newcastle and Tottenham have taken their battle off the field too as they reportedly spar over the German defender Serdar Tasci.

The Stuttgart centre-back has unsurprisingly caught the attention of clubs across Europe with a series of consistent seasons. He would be a suitable partner for captain Coloccini at the heart of the teams defence. Newcastle have held a long-term interest in the 21-year-old and they are now ready to push through a deal.

Butterfield was one of the stand-out performers in the Championship before a serious knee injury brought his campaign to a premature end on New Year’s Eve.

His displays had attracted the interest of a host of clubs, but Newcastle are hoping to steal a march on their rivals by tying up a deal quickly as Alan Pardew looks to bolster his squad for next season. Newcastle are one of the teams believed to be interested in former Real Madrid legend Raul who is available on a free transfer after running out his contract at Schalke.

The former Spain striker left Madrid two years ago after scoring a phenomenal 323 goals for the Spanish giants in a career that saw him play more than 700 times over 16 seasons.

Since moving to Schalke he has continued to impress scoring 40 goals in 97 appearances and continuing to show his pedigree in Europe where he scored his 77th goal in a European competition.

However, he made the decision not to renew his contract and is now available on a free transfer, news that has reportedly alerted both Newcastle and Fulham. Sources in Holland indicated that Newcastle United  have virtually agreed a deal for centre-back Douglas, which should mean that the Brazilian defender moves to Tyneside for around £5 million in the summer.

26 year-old right back and French International Mathieu Debuchy, has been linked recently with Newcastle, and is very good friends with Yohan Cabaye.

Mathieu made his debt for Lille back in 2003, and has so far played 279 times for his local club, and scored 17 goals. He could offer Danny Simpson some healthy competition next season. Newcastle have been put on red alert after Espanyol midfielder Javi Marquez snubbed a new deal at the club, paving the way for a summer exit.

Newcastle have expressed interest in the 25-year-old in the past. A Premier League switch seemed unlikely after it emerged that Espanyol were ready to break the bank to keep him at his hometown club.

However Marquez, who has missed much of the season through injury, has decided against renewing his deal which expires in June 2013. To avoid losing him for nothing, Espanyol are preparing to cash in on him this summer. Diame, who is out of contract at the DW this summer, has been in and out of the Latics starting XI this season which has probably resulted in his unwillingness to sign a new deal

It’s rumoured Alan Pardrew would be interested in bringing the midfielder to the Sports Direct Arena. Sportsmail understands that Newcastle manager Alan Pardew was so impressed with Swansea’s loan star during United’s 2-0 win in south Wales last month that he has since made a number of enquiries to his German employers.

However, Swansea’s Brendan Rodgers reiterated his desire to sign the 22-year-old on a permanent basis, but a deal, which is likely to be valued in the region of £8million in light of his impact since arriving in January, would smash the £3.5m club record they set in signing Danny Graham last summer. Tiote has been heavily linked with a move away from St James’ Park after a second fine season in the Premier League. Pardew is hoping to secure a deal for the 18-year-old Dutch midfielder Maher to ensure the Ivorian is adequately replaced.

Maher, who is not 19 until July, has been a regular at AZ for over a year.

Newcastle’s chief scout, Graham Carr, has been monitoring Vertonghen for at least two years and Pardew, the manager, has also been to see the 24 year-old play on a number of occasions.

However, their interest appeared to have ended as a deal for FC Twente centre-back Douglas has virtually been agreed. Holland left-back Erik Pieters would be interested in joining Newcastle this summer.

The 23-year-old PSV Eindhoven defender has been linked with a summer switch to Tyneside and although it is understood there has been no formal approach as yet, the idea is already interesting Pieters.

He was a target for Newcastle last season after the departure of Jose Enrique, but delays in the deal led to the Magpies signing Davide Santon instead.

However, Pieters’ ability to play centre-half as well as left-back has meant the club kept their interest alive.