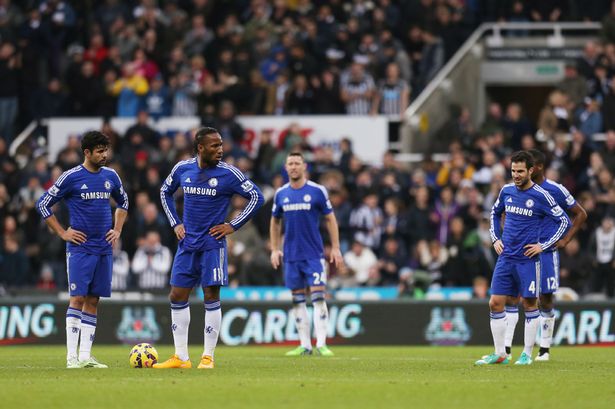 Chelsea 23-match unbeaten run in all competitions finally came to an end as they succumbed to a 2-1 defeat against Newcastle United at St. James’ Park. This was the Blues third consecutive defeat on Tyneside, and extended Jose Mourinho’s winless streak away against the Magpies to 5 games.

This is how the players from both sides rated today: 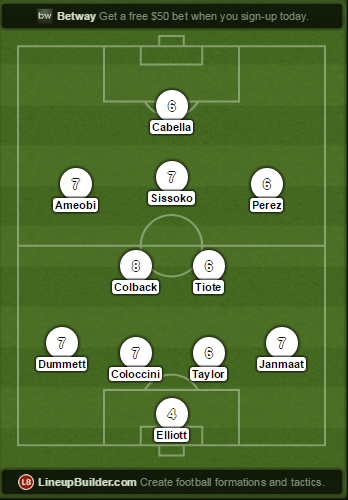 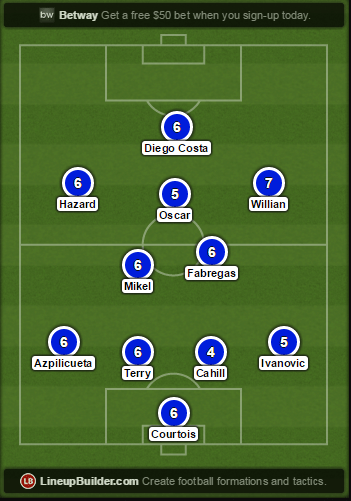 There were several standout performances for the home side, while most of Chelsea’s players looked jaded and lacklustre. The following is a list of players who more than stepped up to the occasion, along with a list of individuals who had a day to forget.

The Senegalese has not been a regular starter for Newcastle this season, but he more than staked a claim to play a more major role by scoring a brace and proving to be the match-winner. On as a second-half substitute, Cisse was in the right place at the right time for both goals. This is not the first time the 29 year-old has scored at important moments this season. Despite being on the bench for most parts, he now has 7 goals from his 9 appearances. Alan Pardew will surely start him in the next one.

With Nemanja Matic out through suspension, Newcastle knew that Chelsea’s midfield could be got at. Jack Colback had a stellar game, dominating proceedings in the middle of the park. He was dogged, determined and stopped Cesc Fabregas from having too much impact in the final third. He completed 93% of his passes as well.

The 21 year-old goalkeeper was given his Premier League debut at half-time when Robert Elliott came off injured. He held his own throughout the game, confidently coming off his line to punch corners away on several occasions. He made an incredible save at 2-1, tipping Diego Costa’s shot over the bar and preserving his side’s lead.

The Chelsea centre-half had a day to forget, and was almost entirely responsible for the first goal his side conceded. Sammy Ameobi’s low cross from the left seemed like a regulation clearance for Cahill, but the Englishman fluffed his lines and Cisse tapped in from two yards.

To be fair to Oscar, he has played far too many games over the past few weeks and was due a bad performance. Unfortunately, it came on a day when nearly all his teammates also had off-days. The Brazilian, despite a spectacular overhead effort in the first half, was largely anonymous and was substituted on 61 minutes. 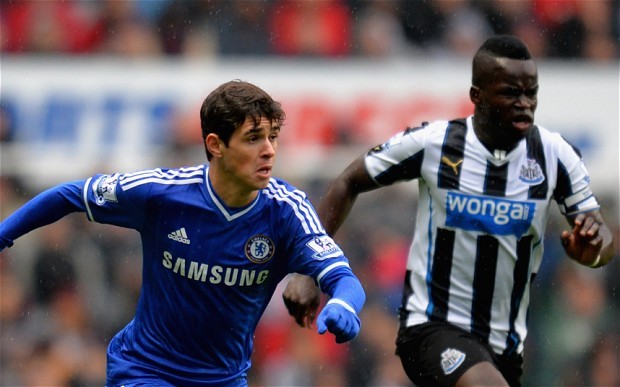