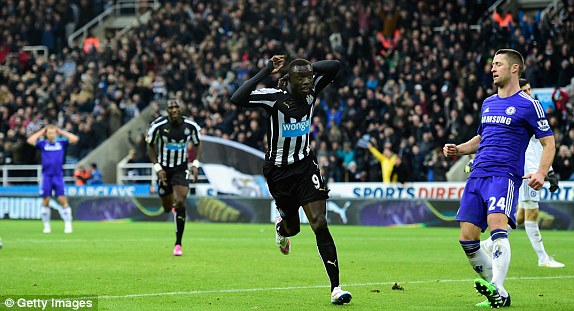 Newcastle United pulled off an incredible result on Saturday, ending Chelsea’s unbeaten start to the season with a 2-1 victory at St. James’ Park. Substitute Papiss Cisse scored a brace, while Didier Drogba pulled one back late on for the visitors.

So how did the Magpies succeed where even top sides like Manchester United, Manchester City, Arsenal and Liverpool have failed this season?

The importance of Nemanja Matic:

When Diego Costa was suspended for Wednesday’s game against Tottenham Hotspur, it hardly made any difference to Chelsea. Didier Drogba and Loic Remy both scored in that game, as the Blues cruised to a 3-0 victory. In the same match, Nemanja Matic picked up his fifth yellow card of the season and was subsequently suspended yesterday. His absence left a hole which nobody could fill. John Obi Mikel did a good job, to be fair, but his lack of thrust and attacking instinct was there for all to see.

The Serbian’s importance to Chelsea cannot be overstated. While being a near-impenetrable screen in front of the backline, his vision and passing ability is also first-class. Moussa Sissoko and Jack Colback were at the top of their games yesterday, but their task would have been a lot more difficult had Matic been on the pitch.

The Newcastle juggernaut rolls on:

After a dismal start to the season which saw Alan Pardew’s men go on a 7 match winless streak, Newcastle have forged an incredible turnaround. The fans were calling for their manager to be sacked, but seeing their team go from the relegation zone to the top 7 has firmly silenced these critics. Yesterday’s win was the Magpies 6th victory in 8 games, and sees them put their early-season blues firmly behind them. 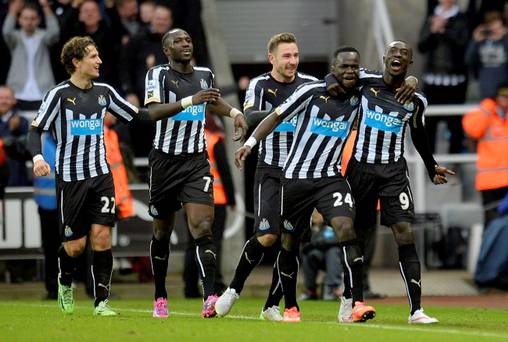 The whole team is coming together very nicely indeed, with the likes of Remy Cabella and Ayoze Perez settling in well at St. James’ Park. Papiss Cisse has found his goalscoring touch back after an indifferent campaign last season, and has now netted 7 times in his 9 appearances.

Newcastle look good enough to finish in the top 7 this season and qualify for European football once again, replicating their performance from the 2011/12 season.

At nearly 37, you would think that Didier Drogba’s days at the highest level are over. Even when he was brought back to Chelsea this season, not too many expected him to make a huge impact. His importance to the Blues though, has been immense. Whenever called upon, Drogba has come up with the goods, and he did so yesterday as well, heading in a Cesc Fabregas free-kick and nearly setting up a comeback. He had a chance with a Filipe Luis cross late on which he miscued, a chance which he would have certainly buried 4-5 years ago. 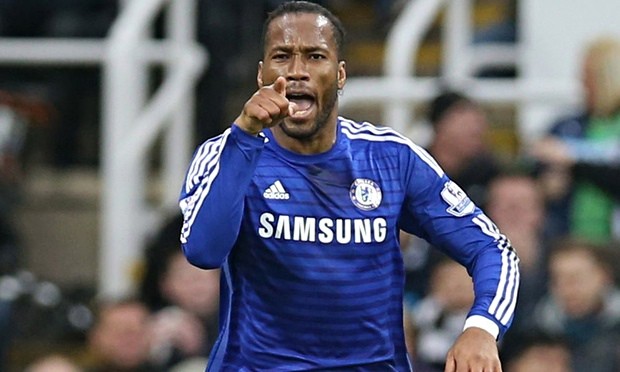 He may have lost a lot of his pace, but his strength and doggedness are as intact as ever. Loic Remy was brought in in the summer, but it still the wily old Drogba who appears to be second-choice with Jose Mourinho. The Ivorian has now scored 6 goals in all competitions this season, and has even led his manager to say that he would welcome the prospect of extending the striker’s one-year deal at Stamford Bridge.

Unbeaten record over, but no big concerns for Chelsea:

To be honest, Chelsea’s performance on Saturday was not bad at all. A couple of individuals like Gary Cahill and Branislav Ivanovic did have off-days, but all in all, there were plenty of positives to take. Even after going 2-0 down, the Blues never gave it up and despite being helped by Steven Taylor’s sending off, they nearly fashioned an improbable comeback. It was a case of near-misses throughout for the Londoners, who had, as the cliche goes, ‘one of those days.’ After going close on a few occasions in the first half, Chelsea missed some golden opportunities in the second as well, along with hitting the post via Eden Hazard.

Manchester City’s win sees the lead at the top cut to three points, but Chelsea are still the favourites for the title.

Mourinho, in his post-match interview, said he had no complaints about the result, labelling his side ‘unlucky’ for not taking any of the chances they created: