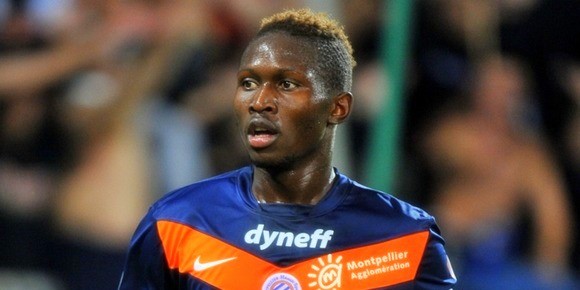 The versatile defender has signed a five and a half year contract with the English club. The Frenchman, who was also an Arsenal target, has expressed his delight at joining a big club like Newcastle in an interview published in the Magpies’ official website.

“Newcastle are one of the biggest clubs in the league, and I’m going to try and give everything I have so that the team can do well.

“I have experienced a lot of positive things so far in my career and one of those is joining this club.”.

Although the Ligue 1 club had accepted Newcastle’s bid for the defender, there were rumours regarding a late Arsenal move for him. But Newcastle’s deal went through and this could prove to be a massive signing for Alan Pardew.

Mbiwa, who can play as a center back, a right back and a holding midfielder, is expected to eventually replace Captain Fabricio Coloccini in the first team. The Argentine international is reportedly on his way back to his home land due to some personal reasons and Newcastle were in desperate need of a replacement.

Manager Alan Pardew also expressed his delight at securing the service of the highly rated French international. The Newcastle boss believes Mbiwa has all the qualities to succeed in the Premier League as a player. Pardew said:

“We needed to strengthen the team and bringing in Mapou will give the whole squad a boost. He is precisely the sort of player we’ve been looking to bring to the club.

“He is a good age for us but has plenty of experience at club and international level.

“Mapou is a talented footballer, good in the air and on the ground and has all the attributes to succeed as a quality defender in the Premier League.

“He’s a good character too and that will be important for us over the next few months.”

The transfer fee involved in this deal is reported to be around £7 million and Mbiwa could be the first of a host of new signings the Toons are expected to complete in January.

Nancy full-back Massaido Haidar and Bordeaux striker Yoan Gouffran are all close to joining the English club and be a part of the French revolution that Newcastle United are undergoing at the moment, although it is yet to be seen whether it will be enough to secure their Premier League status this season.