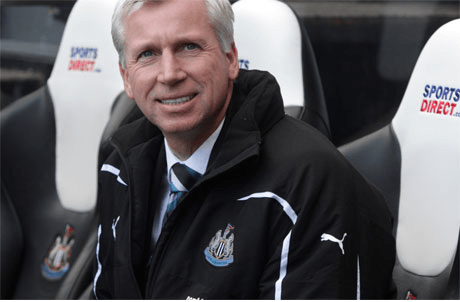 Newcastle United performed brilliantly during the 2011/2012 Premier League season as they just missed out on the Champions League and finished in fifth place. They are more than capable of a repeat league performance and should be aiming for at least the same finish after the 2012/2013 campaign.

They have had an inconsistent start to the season as they find themselves in tenth place. They have played 11 games with three wins, five draws and three defeats. It may seem like a tall order for them to finish in fifth place at the end of the season but the club are stable with a good manager and a good squad of players.

One of the problems that Newcastle have to overcome is the extra attention which is now being placed on keeping their attacking players quiet. Demba Ba and Papiss Cisse were successful last season because they were new to the Newcastle team and system so opposition defenders found it more unpredictable to deal with them.

Newcastle also need to improve away from home if they are going to replicate or improve upon last season. They are yet to win a match away from St. James’ Park this season whereas they won eight matches away last season and they have already drawn one more game away in this campaign than they did through 2011/2012.

The minimum the club should be aiming for is the top six because the decision of the club to award Alan Pardew an eight-year contract suggests they will be looking for consistency to start with and then gradual improvements. The Champions League will be too much for this club as things stand but they are well in the fight for Europa League places as well as domestic success in the FA cup.

Newcastle are one of the best teams in England when it comes to being fired up for a single match and this is why they could be a very good bet in the FA Cup this season. Pardew has never been afraid to wear his heart on his sleeve which rubs off on his key players and in cup football, Newcastle can take one match at a time as opposed to the league which relies on consistency over an extended period.

If Newcastle can back up their performance last season then the problem they face is that it will alert some of the best club’s around Europe to the consistency of some of the club’s best players. The likes of Yohan Cabaye and Hatem Ben Arfa could be highly sought after individuals as well as the strikers if Newcastle can mount a late push for the top five or six places.

It will make it much more difficult for the club to resist big money bids for their best players and the manager will risk alienating key players if he doesn’t let them talk to massive sides which in itself will lead to further external problems such as player unrest and unsettled egos.

Expect Newcastle to be in the fight for the fifth to seventh positions in the Premier League and also expect them to make the last eight of the FA Cup at least.