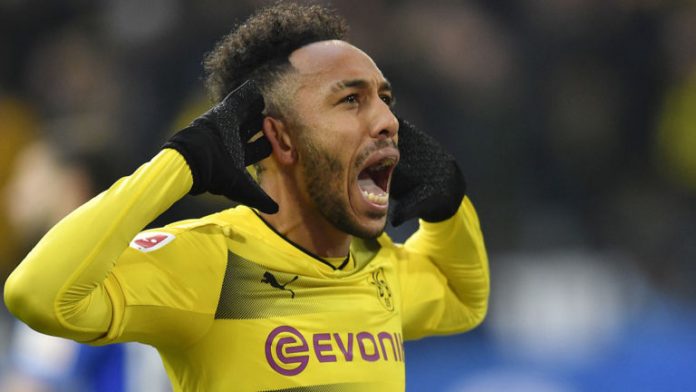 Arsenal are favourites to sign the 28-year-old, although have yet to agree a fee with the Bundesliga club.

Aubameyang has scored 21 times in 23 appearances for Dortmund this season and Shearer thinks the likes of Chelsea and Liverpool should be challenging the Gunners for his signature.

“Yeah, I am (surprised other teams haven’t come in for him) when you look at his goalscoring record,” Shearer told Coral.

He’s 28 years of age, by the sounds of it he hasn’t got a clause in his contract, when you look at the number of clubs that need a goalscorer.

“And the fee being £40-£50 million, which in today’s transfer market is relatively cheap for a guy with his goalscoring record.

“So yeah, I’m pretty surprised he’s picking Arsenal because they aren’t in the Champions League.

“But if they were to have (Henrikh) Mkhitaryan and to get Aubameyang with his goals, then it would it be a decent transfer window for Arsenal.”

Dortmund have rejected a bid in the region of £44 million from Arsenal and are believed to be holding out for around £60 million.

Aubameyang was dropped for last weekend’s trip to Hertha Berlin, but has been included in Dortmund’s matchday squad as they prepare to take on Freiberg on Saturday.