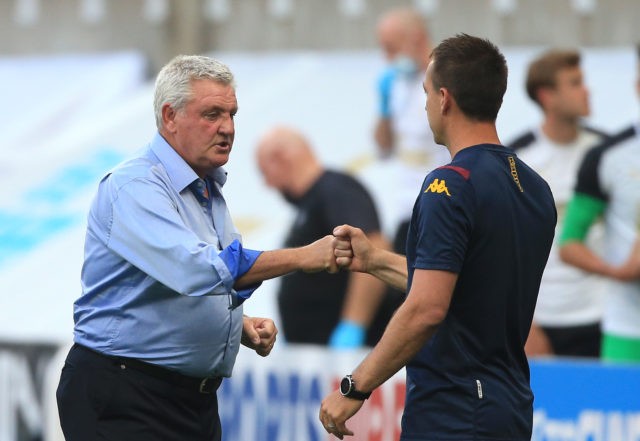 With the Newcastle United takeover saga heading into 14th week, it is still everyone’s guess when the Premier League will deliver their verdict.

The fans are getting frustrated with this delay, and everyone wants a quick solution, one way or the other.

Ahead of Newcastle United’s FA Cup clash against Manchester City, Steve Bruce has urged the Premier League to put the Newcastle takeover saga to bed, and that too at the earliest.

If the £300m takeover deal goes through, Newcastle could become one of the richest clubs in the world. And it’s natural that the fans are getting excited with such thoughts.

However, after 14 weeks, the Premier League are yet to make a decision on whether the Middle East consortium have passed or failed the owner’s and director’s tests.

When Bruce was asked to comment on the matter, he said – “Like all of us, these decisions have to be made, it just seems to now becoming tedious.

“It’s the same thing, a Press conference every two days, (some saying) it’s going to be ‘this week’ or ‘in 48 hours’ we need the people who are making the decisions to make it, and be quick about it.”

Many Newcastle fans have taken to Twitter to express their reaction to it. Here are some of the selected tweets.

Steve – stop panicking. The decision is imminent – we were told that 14 weeks ago!

Do you know what, I actually really appreciate Brucey doing this. Not been his biggest fan but it shows he's on side and has the fans interests, cos it's most certainly not in his. Fair play lad

He should write a letter and send it in on tuesday

Steve Bruce has written a letter to the Premier League, on his special Spider-Man note paper, using his best glitter gel pens, asking them to speed up their decision #NUFCBakeover