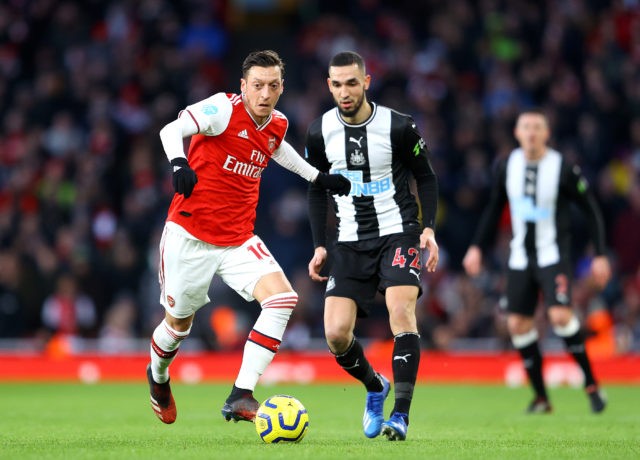 According to reports from The Chronicle, Newcastle United boss Steve Bruce is keen to sign Nabil Bentaleb permanently in the summer transfer window.

The former Tottenham Hotspur midfielder joined the Magpies on loan during the January transfer window from FC Schalke 04. The 25-year-old has made three Premier League starts and has been far from impressive.

However, the report claims that Bruce has seen enough to convince him that he is worthy of a full-time slot in his squad for the upcoming season.

In that case, Newcastle will have to pay a fee in the region of £8.5m to secure his signing permanently.

Many Newcastle United fans are unimpressed after the reports broke out.

Although Newcastle are 13th in the Premier League, Bruce is yet to win over the fans. Many feel that Bruce won’t be at the club beyond the summer if the takeover of the club finally takes place.

Think it’s fair to say this doesn’t seem like a popular decision.

Brucey won't be here next season🇸🇦

Hopefully Bruce won’t be there long enough to make that decision! @takeover

I hope both of them will not be here by then

Why he’s been bang average at very best, many would say he’s been awful

While Newcastle are comfortably placed in mid-table, the club’s transfer policy in the summer window largely depends on whether Mike Ashley would still be running the club.

Many experts are predicting that clubs in Europe would struggle to make big money signings after the Coronavirus impact. In that case, it remains to be seen whether Ashley will at all be willing to spend money on buying top players.

Bentaleb wouldn’t be a bad addition, but then again, he is not that type of a player who can make a massive difference to the side.