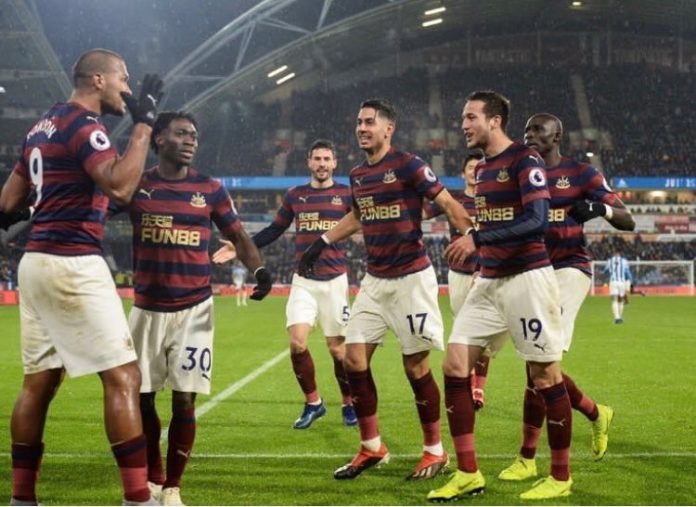 Newcastle United recorded their fourth win of the season after winning 1-0 against Huddersfield in the Premier League clash on Saturday.

Rafael Benitez’s side managed only 26% of possession against Huddersfield, but it was still enough for them to remain unbeaten in four consecutive Premier League away games for the first time since November 2012.

Salomon Rondon scored the only goal of the match in the 55th minute to earn all three points for the Magpies. The home side registered 15 shots during the game, but Newcastle defence stayed resolute.

One of the players who had a brilliant game was Fabian Schar, and many Newcastle fans took to social networking site Twitter to express their reaction on his performance.

The 26-year-old joined the Magpies in the summer transfer window, after the club activated his £3 million buy-out clause in his contract.

He has made seven Premier League appearances for the Magpies, and many fans feel that he has been a bargain signing for the club.

Schar made three tackles, four interceptions, and nine clearances during the game, and registered a shot on target as well. Here are some of the best reactions from Newcastle fans about him on Twitter:

When you look at some of the ridiculous money being thrown at transfers Fabian Schar for £3 million looks to be an absolutely inspired piece of business. Outstanding today again #NUFC

you are a beast lad,great performance. ???

Well done your our best signing of the season the way you read the game is second to none well done toon army ????

Absolute class @fabianschaer ?? my son wants your name on his nufc shirt, he adores you!! Brilliant mate.