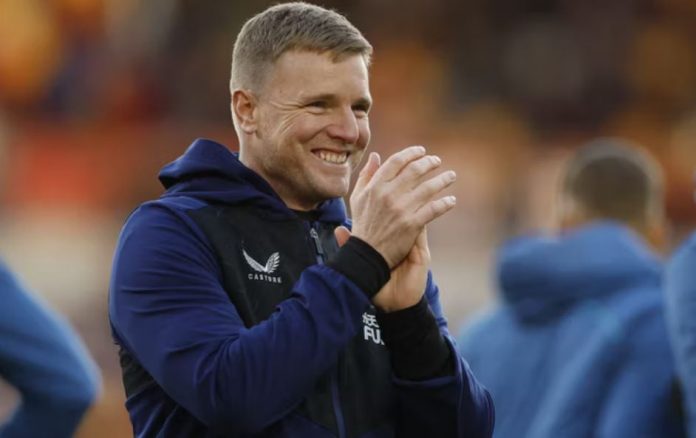 Newcastle United host Crystal Palace at St James’ Park on Wednesday, knowing that a win would move them above the 40-point mark and put an end to any lingering relegation concerns.

With Crystal Palace visiting St. James’ Park on Wednesday night, Newcastle has a quick turnaround between games. Both clubs have only a few days to prepare for what has turned into a fight for a place in the top half of the table.

Both Callum Wilson and Kieran Trippier are recovering from long-term injuries and could be back by the end of the month. If Ryan Fraser is declared fit to play again, he will most likely be named on the substitutes’ bench rather than starting the game.

Eddie Howe sees no reason to change his tried-and-true 4-3-3 formation, which has proven to be effective in recent months. He’s unlikely to make any changes to the lineup that defeated Leicester the previous time they met. Martin Dubravka will continue to play in the middle of the field. With the exception of a 5-1 loss to Tottenham, the Slovak goalkeeper has not allowed more than one goal in any game since the start of 2022.